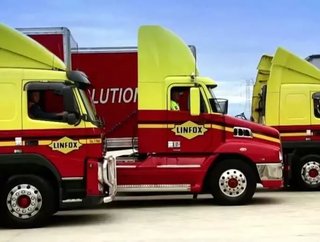 Michael Byrne, Chief Executive at logistics juggernaut Linfox, is calling for an improvement in industry safety standards across Australia.

He feels other transport companies should be investing more in safety, while company founder Lindsay Fox has recommended black box recorders to be installed in trucks as a way of ensuring fatigued drivers stay off the road.

Byrne believes although Linfox's own safety policies goes beyond industry standards, its stance has put it at odds with other operators and it is now considering withdrawing from major industry organisations, such as the Australian Truckers Association, due to the divide.

He said: ''They think some of our requirements around the black box and so on are arbitrary and costly and we don't agree,

''So it's probably time to leave some of those associations.''

Mr Byrne acknowledged other operators did not have the same resources as Linfox, but said they could still afford to do more.

"We do think a lot of people in the industry can do more. Safety is not something that should be based on cost." he added.

Safety standards in the industry have been in the spotlight since a truck owned by Cootes Transport overturned and exploded on a Sydney road last year, killing two people.