How Apple plans to drive renewable energy within its supply chain 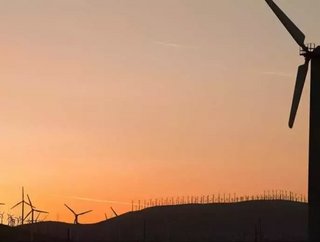 Apple has announced it is joining RE100, a global renewable energy initiative, and is pledging to encourage the adoption of clean energy within its supp...

Apple has announced it is joining RE100, a global renewable energy initiative, and is pledging to encourage the adoption of clean energy within its supply chain.

Lisa Jackson, Apple's VP for Environment, Policy and Social Initiatives, said: "Apple is committed to running on 100 percent renewable energy, and we’re happy to stand beside other companies that are working toward the same effort. We’re excited to share the industry-leading work we've been doing to drive renewable energy into the manufacturing supply chain, and look forward to partnering with RE100 to advocate for clean-energy policies around the world.”

RE100 is a collaborative of over 80 private corporations, which was launched in 2014 as part of Climate Week NYC and continues to sign up new members. The members have all pledged to procure 100 percent of their electricity from renewable sources.

All companies that join RE100 must make a public commitment to 100 percent renewable electricity, whether that is from biomass, geothermal, solar, water and wind energy. Their progress is then reported annually to RE100 via CDP’s Climate Change questionnaire. Consumption and production of renewable electricity, which are verified by a thrid party, need to meet certain transparency requirements.

Apple is already using renewable energy, running 93 percent of its global operations on renewables in 2015. The technology giant could have an enormous impact on manufacturing supply chains – a growing focus for RE100 – which is particularly important when you consider that Apple estimates 77 percent of its emissions originate from its supply chain.

Already some of Apple’s key suppliers are making similar sustainability pledges, with plastics supplier Solvay Specialty Polymers and aluminium enclosure supplier Catcher Technology both signing up to 100 percent renewable energy by the end of 2018.