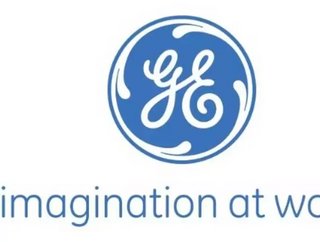 There was a time when General Electric helped lead the outsourcing charge, shipping hundreds of jobs overseas. Now, the company is taking the opposite...

There was a time when General Electric helped lead the outsourcing charge, shipping hundreds of jobs overseas. Now, the company is taking the opposite approach to its hiring.

General Electric will be employing more information technology positions in-house, with CEO Jeffrey Immelt going as far as to say that GE will add more than 15,000 jobs in three years through December.

Many of the new IT positions will open up in an area that has been hit hardest by the global economic recession: Detroit. General Electric is hoping the new hires breathe innovation into a business that once thrived on new technology.

“About 50 percent of the IT work was being done by non-GE employees,” chief information technology officer Charlene Begley said. “That strategy may have had its time, but there was a lot of downside. We lost a lot of the technical capabilities we once had.”

General Electric has hired close to 700 people in Michigan so far, a state that led the nation in unemployment rates. By bringing more of its IT systems work back in-house, GE is hoping to respond to technology demands more quickly.

“With iPads and whatever mobile devices people want to use, the need for better user experiences is essential to competitiveness,” Begley said. “So we’ve got a team that’s really good at writing user applications that are sexy, impressive and quick.”

Bringing IT systems back in-house may have become more affordable, as data from TPI International showed that the global value of information technology outsourcing contracts fell 20 percent. That has opened the door for businesses to move workers back into mature markets, TPI’s president John Keppel says.

"GE, GM and companies like them founded the whole outsourcing business," Keppel said. "What we're seeing in America is more about the maturity of the market. Clearly there are some macroeconomic factors and political factors that play into that."