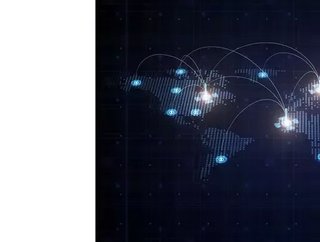 Gartner, the industry-leading global research and advisory firm, recently published its annual “Hype Cycle” report This study gives a view of how a technology or application will evolve in the coming years. The provided graphics track and portray the various solutions found in any sector based on a model that Gartner has developed for a technology’s adoption lifecycle.

Gartner’s Hype Cycle for Supply Chain Execution Technologies 2020, which you can see below, places different technologies on a slightly out of the ordinary maturity curve. Not the one that is usually provided by other firms, anyway ─ which makes it particularly effective in demonstrating the norms and values of the supply chain sector, right now. 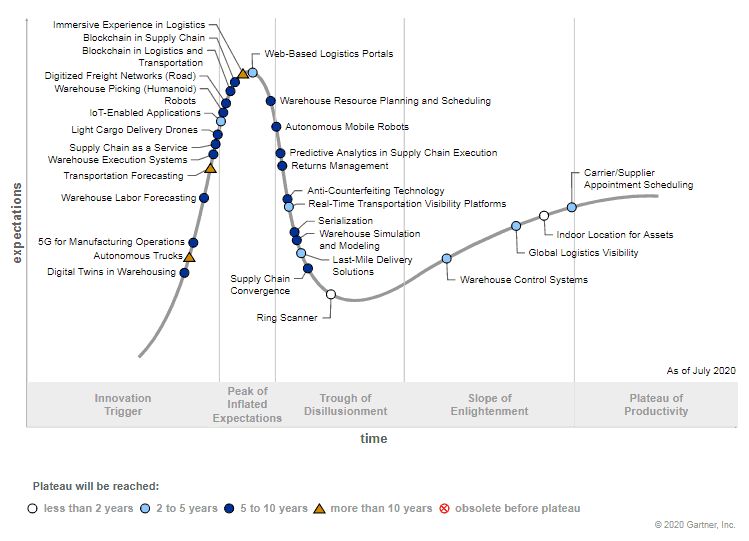 What Does It Mean?

Just like every other Hype Cycle, this year’s tracks technologies and solutions from their initial introductory rise to their “Peak of Inflated Expectations”. Then we follow the line down into the “Trough of Disillusionment”, as reality hits and consumers find that the initial hype led only to an anti-climatic finish. Ergo, the product didn’t deliver the perfection that is pitched.

For the technologies that didn’t quite meet the standards that proprietors promised on their initial launch, but do offer some value to the marketplace, there’s a gradual rise from the Trough up through the Slope of Enlightenment and, eventually, onto the Plateau of Productivity ─ where, presumably, they’ll always remain.

I’m going to run you through a few key points to note when observing this years graph, so grab your notebooks and a pen.

On the use of Gartner’s Hype Cycle, company officials stated that “When considering new supply chain execution (SCE) initiatives and investments, users should align their risk tolerance to the positioning of various technologies in this research.”

If I were you, I’d recommend taking everything with a pinch of salt; as I’ve mentioned above, there are several technologies on the chart that, currently, are in the Trough. But, if the volatility of 2020 is anything to go by, there’s potential for these new technologies to be imperative to future business operations in a COVID-19-ruled world.