FedEx keeps ahead of the green schedule 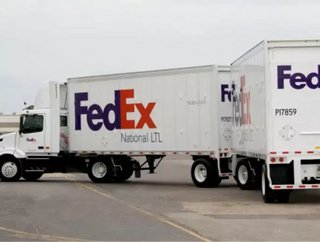 Follow @Staff_SCDeditor FedEx has announced an investment into 1,900 new trucks as part of a new environmentally friendly fleet, continuing the impress...

FedEx has announced an investment into 1,900 new trucks as part of a new environmentally friendly fleet, continuing the impressive record it has in this area over the past five years

The world-renowned parcel delivery company has been working with various vehicle manufacturers since 2008 in order to make its fleets more fuel-efficient and the latest vans are even more developed in regards to carbon footprints and the overall impacts on the environment.

Back in 2008, FedEx revealed its plans to make the company 20 percent more efficient across the organisation by 2020; a target that was already surpassed in March of this year.

The revised target is now 30 percent by 2020 and this latest bit of business indicates that the company certainly isn’t hanging around in making it happen.

"In March 2013, less than five years later, FedEx Express surpassed this goal with a more than 22 percent cumulative improvement in fuel economy for its vehicles and set a revised goal to improve the fuel efficiency of its vehicle fleet by 30 percent by 2020," a FedEx statement said.

As well as investing in new vehicles, FedEx is also making adjustments to its existing fleets, matching vans to the most sustainable routes, which the company has said has had “the biggest single impact on the fleet’s overall fuel efficiency” and will no doubt support any upcoming acquisitions in the future.