Not even the usually buoyant outsourcing market is immune to the effects of what could be turning into a double-dip recession. According to research fi...

Not even the usually buoyant outsourcing market is immune to the effects of what could be turning into a double-dip recession. According to research firm Everest, the number of outsourcing contracts signed in the third quarter dropped from 503 in 201 to 472 this year.

The 472 outsourcing deals struck in the third quarter of 2011 are also a dip from the 516 transaction in the second quarter of this year.

One member of the Everest analyst team didn’t sound too optimistic that the decline was just a blip on the radar.

“The global outsourcing market is going through a sluggish phase, marked by a drop in transation volumes and new deal signing,” Everest Vice President of Global Sourcing Amneet Singh told a group of Indian reporters this week.

“This has been the first significant decline in the number of transactions in four quarters. We will need to see a few more quarters to determine if this is a momentary blip or the beginning of a downturn trend,” Singh said.

The number of deals decreased in both IT outsourcing and BPO markets by seven and 12 percent, respectively. The actual-cash-value (ACV) for IT outsourcing contracts increased by 14 percent quarter-on-quarter, however, but for BPO value fell by 50 percent.

Public sector deals were among the hardest hit during what could be the beginning of an outsourcing downturn. The volume of deals decreased 31 percent, while the value slid 48 percent.

North America and Europe were only mildly affected by the outsourcing slide, with the UK and the rest of the world seeing transaction declines of 22 and 15 percent, respectively.

Despite the third quarter struggles, India remains one of the most attractive outsourcing destinations in the world.

“From an India perspective, the country remains competitive as an offshore delivery location with buyers and service providers continuing to establish delivery centers in multiple cities in India,” Singh said. 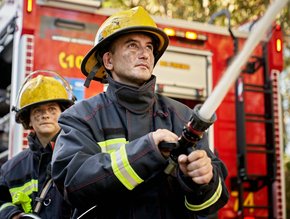