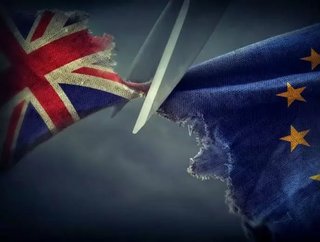 European companies looking to move supply chains away from the UK, according to CIPS survey A survey from the Chartered Institute of Procurement and Su...

European companies looking to move supply chains away from the UK, according to CIPS survey

A survey from the Chartered Institute of Procurement and Supply (CIPS) has revealed that 63% of non-British European companies are planning to stop using UK suppliers.

The research showed a sizeable jump from the 44% figure that was announced in May as businesses grow increasingly concerned by the sluggish pace of Brexit talks between the UK and the European Union.

It also highlighted the fact that one in five British companies are encountering difficulties in securing contracts post-March 2019, which is when the country is due to finalise its exit.

"British businesses simply cannot put their suppliers and customers on hold while the negotiators get their act together," said Gerry Walsh, CIPS’ group CEO.

"The lack of clarity coming from both sides is already shaping the British economy of the future - and it does not fill businesses with confidence."

The survey of 1,118 supply chain managers in the UK and Europe also finds that two fifths (40%) of UK businesses with EU suppliers have begun the search for domestic suppliers to replace their EU partners, up from 31% in May.

Just over a quarter (26%), however, are taking the opposite approach and investing more time to strengthen their relationship with valuable suppliers on the Continent.

The shift comes as the Brexit negotiations appear to be deadlocked with half of UK businesses saying they are becoming less confident that the UK and EU will secure a deal which continues to offer ‘free and frictionless trade’, while 35% of UK businesses feel unable to prepare due to the lack of progress on a future trade relationship.

This uncertainty has meant that one in five (20%) UK businesses with EU suppliers have found it difficult to secure contracts that run after March 2019.

Despite a formal separation still being some time away, nearly one in ten (8%) of UK businesses said their organisation has already lost contracts as a result of Brexit with 14% believing part or all of their organisation’s operations will no longer be viable.

Supply chain managers are clear where the Government should focus as the next phase of the negotiations begin with 73% saying keeping tariffs and quotas between the UK and Europe to a minimum should be the main priority for the negotiations.

In response, the Confederation of British Industry has said that two third of British companies will have implemented contingency plans for Brexit by March if a deal hasn’t be agreed. 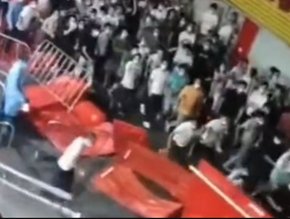 Retailers 'plan for slumps but not supply chain disruption'