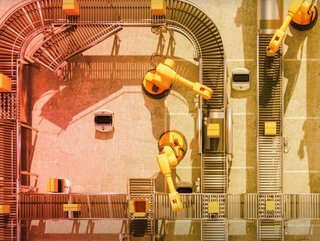 Warehouse worker shortages, plus the e-commerce boom, has created a problem that firms like Element Logic & Locus Robotics are easing with automation tech

The pandemic has posed many new problems for businesses, but it has also amplified a raft of issues that were already in evidence. Such as the shortage of warehouse staff.

Gavin Harrison is UK Sales Manager of Element Logic, which has been optimising warehouse performance for 30 years, offering robotics, software and consulting services.

Harrison says warehouse labour issues are so widespread he has “not spoken to a single customer who has not raised it as an issue within the past 12 months”. He quickly adds the issue “has been looming for some time”.

Part of the problem, he explains, is that an ever-increasing number of employees have realised warehouses can be a stressful and intensive working environment. “The wages on offer aren’t really worth all of the hard graft involved,” he says.

Warehouse location can be another issue, says Rick Faulk, CEO of Locus Robotics, a US-based business that offers warehouse robots to increase productivity and order-accuracy.

“They’re often in semi-rural areas, making it difficult to recruit from the local community,” says Faulk.

Then of course there is Covid, and the problem of staff shortages due to illness and self-isolation.

Such staffing issues aren’t just affecting smaller retailers either, because industry giants such as Amazon are also struggling to hire warehouse workers. In a bid to compete for a limited labour pool, many companies have increased their hourly warehouse rates, and are also offering signing-on bonuses, flexible working and even transport-to-work schemes.

But is it enough? No, says Harrison, who explains the problem has been compounded by the pandemic-fuelled growth in e-commerce, which has seen businesses increase the size of their warehouse operations.

“Because these warehouse processes are largely manual, rather than automated, warehouses need more workers than ever, and there simply aren’t enough to go around.”

Although the labour problem is widespread, its severity varies from country to country, something Harrison says can be explained by differences in “warehouse culture”.

“In the UK for instance we don’t always treat warehouse workers with the respect they deserve.

Many of them come from temp agencies, and are on zero-hour contracts, because companies employ changing numbers of people every day. Coupled with the issue of poor wages this has seen the UK struggle a lot more than other countries.”

By way of comparison, Harrison points to Scandinavia, where far more warehouse staff are on permanent contracts and work consistent hours. More trust is also placed in them by managers, which alongside a higher base-salary means they enjoy much better staff retention.

Harrison says: “Also due to the higher cost of labour, Scandinavian businesses can’t afford to have huge numbers of warehouse staff. It’s not a valid business model for them.”

Because of this, he says, they look to implement automated processes much earlier in their growth cycle, which means that the use of warehouse automation in these countries is far more developed than in the UK.

Traditional automation technology has included the likes of conveyor wave-picking and mini-load or shuttle systems. Harrison says such systems “are very expensive, inflexible and gigantic”, and that this makes them unsuitable for the fast, highly reactive world of ecommerce.

“Over the past few years we’ve started to see a huge shift in the types of automation available,” Harrison says.

Worker safety a plus of warehouse automation

The benefits of automation are varied and often compelling. Safety and worker engagement are two of them, says Akash Gupta, co-founder and CTO of Grey Orange, an AI firm specialising in warehouse automation. It was founded in India but now has offices worldwide.

Gupta says that AI and robots can take on warehouse jobs that are less safe for people, as well as tasks that are repetitive and low-skilled.

Harrison agrees. “A system like AutoStore has order-picking robots, meaning there’s no need for people to walk miles and miles every day, up and down aisles, retrieving the right products.”

Cutting out these and other time-consuming and repetitive tasks allows employees “to focus on more sophisticated, nuanced tasks that require human judgement and supervision”, says Gupta. He adds this enriches people’s time at work, which in turn helps with staff retention.

He says his customers are positive about working with the company’s LocusBots “because they make their job easier and more satisfying”. He adds that one customer reported a 77% reduction in workplace injuries after deploying LocusBots, as well as fewer no-shows.

Gupta also points out that another area in which AI can help is with upskilling staff. “Instead of replacing workers, businesses can use AI and robots to train employees in the digital skills they need to prepare for the future,” he says.

It seems the future of warehouses might well be built on man and machine, working in perfect harmony.