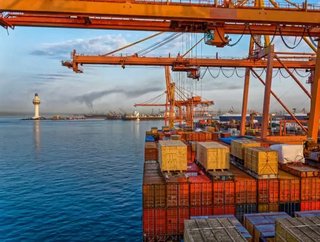 Mr. Bin Sulayem was speaking at the Future Investment Initiative (FII) in Riyadh on a panel discussion entitled ‘Dynamic Economies: What are the new ways to solve diversification?’

He outlined the significance of Jeddah Port as a gateway port for the Saudi market and for the region, connecting to major markets in Africa and the Middle East, and that its role as a trade hub can be further boosted by DP World’s vision for its development over the next 30 years.

The Saudi Vision 2030 will also play a pivotal role in changing the economic landscape of the Kingdom, wider region and the world.

Mr. Bin Sulayem commended the visionary project and highlighted how DP World’s plans for Jeddah support the project and will help to realise the potential for economic growth owing to its geographical proximity to major markets and trade routes – 10% of world trade will pass through NEOM, while spurring innovations in the fields of technology, communications and renewable energy.

DP World Group Chairman and CEO Sultan Ahmed Bin Sulayem said: “As the first major investor in Jeddah port for almost 20 years now, we are committed to supporting the Kingdom’s effort to leverage its resources and investment capabilities through the development of Jeddah port.

“Our plans involve increasing efficiencies using innovative tech solutions and making it a semi-automated facility to create skilled jobs for Saudi nationals, transforming the port to an important gateway to markets serving 500 million people which will make the Kingdom’s ports and logistics services a necessity and not a choice for global trade markets, particularly the Red Sea, which is the blood line of global trade.

"Jeddah Port is pivotal in facilitating the movement of goods between east and west, and in boosting Saudi exports.

“Our proposals are designed at boosting efficiency by enabling local businesses, opening new avenues for growth while supporting the government in achieving the Saudi Vision 2030. This is part of our role as partners – to add value to nations and to deliver sustainable solutions for the benefit of all.

“Trade and infrastructure are key pillars in diversifying economies supported by technology and automation as we’ve seen at our Jebel Ali Port and Freezone, which together contribute to over 20% of Dubai’s GDP. Logistics corridors are another way of making life easier for business. While access to data through digital technology and transparent information are also essential in building governance.

“The UAE and Saudi Arabia’s strong historic relations are underlined by the clear vision of its great leaders who have planned a bright future for their people based on solid economic foundations.”

DP World operates the South Container Terminal (SCT) at Jeddah Islamic Port, a crucial link in the world’s busy east-west trade routes through the Red Sea and serving a major domestic cargo base in Saudi Arabia. The port is the main import destination for the country, handling 59% of its imports by sea and serving main commercial centres.