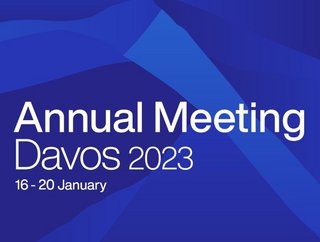 The CEO of multinational logistics company DP World has called for countries and businesses to follow a three-point plan to boost supply chains and help global economic recovery.

DP World CEO Sultan Ahmed bin Sulayem’s advice was issued as part of the annual meeting in Davos of the World Economic Forum (WEF), the international non-governmental and lobbying organisation.

Writing on the WEF website, bin Sulayem says businesses and governments have always had to overcome shocks to trade, and that current difficulties, although extremely challenging, can also be overcome.

How supply chains and demand adapted and recovered after the pandemic “was reason for cheer among supporters of trade and globalisation”, says bin Sulayem.

He adds countries must look to counter protectionism by “strengthening trade governance”, and says this must be led by the World Trade Organisation (WTO).

“The WTO will be imperative,” he says. “Any weakening of the WTO will only increase uncertainty for firms worldwide.

He adds: “This is more than just a discussion between governments. In most cases, the private sector holds the most knowledge on the global obstacles and opportunities for imports and exports. It must focus more on communicating business needs and advancing multilateral trade negotiations.”

On this point, bin Sulayem cites a recent WTO Business Survey, in which 95% said they believe the work of the WTO is vital for businesses.

“Private sector leaders must lobby for greater involvement, to ensure we’re at the heart of the conversations that impact our communities most,” he says. “The WTO is the only international organisation dealing with the global rules of trade, and it’s critical it holds a seat at the table.”

bin Sulayem said that, although we live in a time of “pioneering advanced technologies” the logistics industry “often relies on paperwork and other outdated systems”. He says this increases the risk for businesses, because many “operate with blind spots on the location of their cargo worldwide”.

He says the goal at DP World “is to do for logistics what Amazon has done for e-commerce”. He adds: “is pivotal in achieving this. While we have invested significantly to ensure greater technological integration, mainly through new digital solutions to work alongside our existing infrastructure, we cannot work in isolation.

“We need governments to step in as a catalyst to drive better public-private data-sharing mechanisms that offer better visibility in understanding, evaluating and optimising trade flows.”

As an example, bin Sulayem points to the World Bank’s Single Window initiative, which provides a pathway to paperless trade.

He says: “Even if businesses have greater global access to markets – and minimal disruption over their cargo –we risk excluding certain communities and countries from trade unless urgent action is taken to expedite the freight flow through developing markets.”

Africa, he says, is one example, where physical infrastructure must underpin its new digital trading corridors if it is to thrive commercially.

Concluding, he said: “Geopolitical tensions are not a valid justification for a contraction in trade because companies will, and must, always find a workaround, whether outsourcing to new markets or near-shoring.

“More than half of cargo owners say rising inflation will make imports and exports contract in 2023, so to ensure trade continues to provide opportunities for local companies to export their goods, governments must step back from protectionist policies and work collaboratively to liberalise trade, increase international economic cooperation and remove trade barriers.”