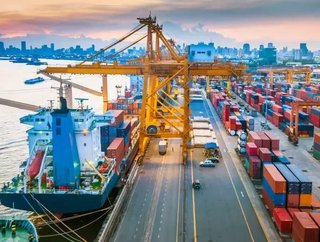 Supply chain CSR investments are paying off, lowering companies’ exposure to a number of global business risks, according to new research. EcoVadis h...

Supply chain CSR investments are paying off, lowering companies’ exposure to a number of global business risks, according to new research.

EcoVadis has published analysis of more than 20,000 companies, which has revealed improvement and opportunity across environmental, labour, ethical and sustainable procurement risk.

Each company received a cumulative score, based on a scale of zero to 100, where 25 represents basic CSR coverage, 50 represents standard, 75 comprehensive and 100 exceptional.

Select highlights from EcoVadis' research include:

Small and Medium Food & Beverage companies, and Small and Medium Construction companies, tied for the highest percentage (61%) of low risk (scores above 45) companies. The Large segment is led by Manufacturing Light industry (56%), followed by Finance, Legal, Consulting and Advertising industry (51%).

The highest overall CSR score in 2016 went to Small and Medium Construction companies, which earned an average score of 47. In the Large category, the Financial, Legal, Consulting and Advertising market finished with the highest average score (46.2).

Large companies in the Manufacturing Light industry improved performance the most (19.2%) from 2015 to 2016. Construction showed the most improvement in the Small and Medium sized business segment (18.7%).

The Large Manufacturing Advanced segment led all groups in environmental performance with a score of 51.6. The Food and Beverage industry topped the Small and Medium sized segment with a 50.2 Environment score.

Small and Medium sized companies in the Construction industry had the best score (50.3). In the Large segment, the Finance, Legal, Consulting and Advertising industry scored the highest at 47.3.

The Finance, Legal, Consulting and Advertising industry led all groups and sizes in the Fair Business Ethics segment with scores of 47.5 points for Large companies and 46.0 for Small and Medium companies.

“The overall results are promising. We’re observing many companies, across all markets, making crucial year-over-year improvements to CSR performance, and many industries edging toward lower CSR risk,” said Pierre-Francois Thaler, co-founder and co-CEO of EcoVadis.

“While the progress has been terrific, the criticality of supply chain CSR remains extremely high, and there’s a lot of room for all businesses to grow and improve.

“Our grading scale and evaluations represent this reality – we’ve seen strong progress in 2016, but there’s still a major gap between today’s scores and peak CSR performance.”

While the overall average score of both size groups (large and small/medium) was about 44, small and medium sized businesses are improving CSR scores at a faster rate than their larger counterparts.

Given that value chains are made up mostly of small and medium sized companies, the improvement rates represent a promising trend that will have a lasting supply chain impact.

“The research shows that recent initiatives focused on improving crucial CSR and sustainability issues – like modern slavery, conflict minerals, environmental pollution and more – are paying off,” said Thaler. “We can expect greater dividends and less risk globally if our world leaders and businesses continue to invest in these efforts.”

Geographically, EcoVadis’ research found a stark performance contrast between Europe, the Americas and AMEA. In 2016, the average score of Large companies across all segments in Europe was 49, compared to a 40.5 for Americas and 38.3 for AMEA.

AMEA also had the highest percentage of companies that scored under 25 (13% in 2016), compared to the world average of 4%.