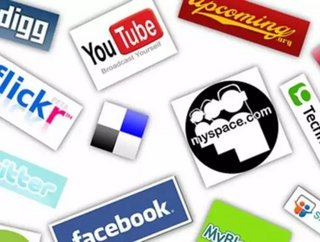 The corporate version of Facebook utilizes Web 2.0 tools and strategies such as Twitter feeds, employee-written blogs and real-time chat.

Here’s the catch, though: Cognizant isn’t going around shopping this product to companies. Instead, the company is using its own social-networking platform to generate and share ideas within itself.

Those ideas then give customers access to the site so they can post questions and search for blog posts. Cognizant’s new social-networking site even has its own version of Twitter, but its messages are called Cweets instead of Tweets.

“In the past, the Indian service firms were primarily stealing share from in-house IT staffs,” Bernstein analyst Rod Bourdeois told CNN. “Cognizant is now competing head-to-head with IBM and Accenture.”

Should you consider outsourcing social media?

Cognizant has become a staple on Fortune’s annual Fastest Growing Companies list, and earlier this year the company finally broke through on the Fortune 500, coming in at No. 484 with $4.6 billion in revenue.

That revenue increase was a 40 percent rise from Cognizant’s performance one year earlier, and with new ideas like Cognizant 2.0, things are looking bright for the emerging outsourcing company.