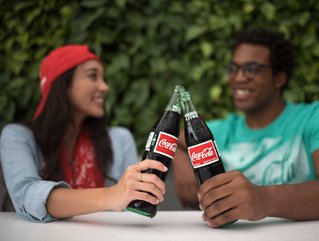 With sustainable packaging hot on so many companies’ agendas, great strides are being made across industries to cut the...

With sustainable packaging hot on so many companies’ agendas, great strides are being made across industries to cut the use of virgin plastics. In Sweden, a country with a dedicated bottle buy-back system (Returpack) whereby citizens can receive cash in return for every plastic bottle they recycle, Coca-Cola has taken a significant step in its own journey towards operational sustainability.

From the first quarter of 2020, Coca-Cola Sweden has announced that all of its bottles made at its Jordbro bottling facility will be made from 100% recycled materials in a company-wide first. The move will cut virgin plastics usage in Sweden by 3,500 tonnes every year, simultaneously cutting its CO2 emissions by 25% annually against those produced under the former bottle strategy.

“Plastic is an effective and valuable packaging material and we need to treat it as such, ensuring that nothing goes to waste,” said Sofie Eliasson Morsink, General Manager for Coca-Cola European Partners Sverige, in the company’s press release.

“Coca-Cola Sweden wants to lead the development of a circular economy where all packages are collected so that they can be used again.  We are taking a big step as we become the first market in the world to move to 100% recycled plastic for the full PET portfolio that we bottle locally here in Jordbro”.

The Coca-Cola company is a member of the Ellen MacArthur Foundation’s New Plastics Economy initiative - a collection of companies seeking to drive circular economies to eliminate waste from the operations.

Among its ambitious goals for 2030, the company aims to retrieve one bottle or can for every one sold through its own initiatives, such as Returpack, and collaboration with local and national partners.