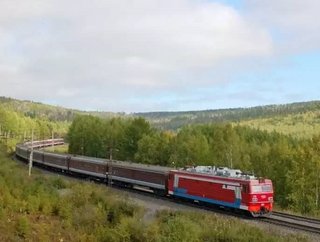 Follow @SamJermy and @SupplyChainD on Twitter.China and Russia are considering building a high-speed rail line thousands of kilometres from Moscow to Be...

China and Russia are considering building a high-speed rail line thousands of kilometres from Moscow to Beijing, potentially having big ramifications on the global supply chain.

The rail line would cut the journey time from six days on the celebrated Trans-Siberian to two and would open up the possibility of rail freight being transported on this route from China to Europe via Moscow, and vice versa.

The project would cost more than $230 billion and be over 4,350 miles long, more than three times the world's current longest high-speed line, from the Chinese capital to the southern city of Guangzhou.

The railway would be a powerful physical symbol of the ties that bind Moscow and Beijing, whose political relationship has roots dating from the Soviet era and who often vote together on the UN Security Council.

The two countries signed a memorandum of understanding earlier this week during Premier Li Keqiang's visit to Moscow in which Beijing expressed interest in building a fast rail link between the Russian capital and Kazan in the oil-rich Tatarstan region. The 803-kilometre line would be the first stage of the route to Beijing.

At present, trains between the two run along the Trans-Siberian railway that links Moscow and Vladivostok, before switching to a branch line heading south through the Mongolian capital Ulan Bator.

Direct passenger trains between Beijing and Moscow went into operation in 1954 and there are still two services per week, CCTV said.

Wang Mengshu, a tunnel and railway expert at the Chinese Academy of Engineering, said: "If the funds are raised smoothly the line can be completed in five years at the quickest.”

The country has the world's largest high-speed rail network, built from scratch in less than a decade, relying on technology transfer from foreign companies, including France's Alstom, Germany's Siemens and Japan's Kawasaki Heavy Industries.

China is understood to be keen to promote the export of its technology, and has been building high-speed rail networks in Turkey and Venezuela.