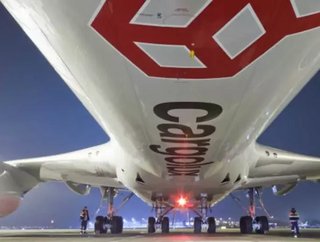 Leading cargo airline Cargolux has announced it will expand its network to include 747 freighter flights to Argentinas capital Buenos Aires on a new, a...

Leading cargo airline Cargolux has announced it will expand its network to include 747 freighter flights to Argentina’s capital Buenos Aires on a new, additional South America rotation.

The Luxembourg-based airline, one of the largest scheduled all-cargo airlines in Europe with a global network, announced the expansion with the “additional rotation” to South America is introduced due to increasing exports and demand for air cargo capacity out of Ecuador and Colombia as well as a requirement for additional capacity from Brazil in combination with the service to Argentina.

The International Air Transport Association reported a 3.9 percent year-on-year growth of air freight volumes for September 2013 on the back of the strong growth observed in Latin American economies in recent months. The region saw the strongest trade increase this year, supporting the continued expansion in air freight demand.

CV7654, the return flight from Argentina touches down in Latacunga, Bogota, Aguadilla, Puerto Rico and Maastricht before returning to Luxembourg on Thursdays.

In addition to general cargo, Cargolux expects to carry consumer goods, automotive cargo and spare parts on the services to Argentina. Return flights are expected to carry mainly perishables, automotive parts and live animals such as horses.