Buying local might not be positive for the dairy supply chain 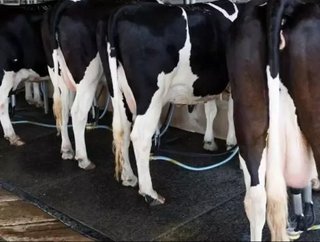 Buying local works well for individual businesses as they keep money in the local economy. However, new research conducted by Chuck Nicholson of the Pen...

Buying local works well for individual businesses as they keep money in the local economy. However, new research conducted by Chuck Nicholson of the Penn State Smeal College of Business suggests that buying local isn’t always positive for the dairy supply chain.

Nicholson along with researchers from Cornell University found that if supply chains for fluid milk products were reconfigured so milk consumed in those states was also produced there, it would increase the total distance travelled by the products as well as supply chain costs and emissions.

The study concluded that additional employment and economic activity in the region would be modest at best.

Nicholson said: "When considered as a system based on a limited resource like farm milk that can be allocated to the manufacture of different dairy products, we find that localizing food systems can have unexpected impacts. The 'global' effects of scaled-up 'localisation' can be counterintuitive."

The study found that supply chain reconfiguration to support regional consumption of milk in the north east would increase total distances travelled by dairy products by 7% to 15%, with similar impacts on emissions. Total supply chain costs would increase 1% to 2% for the region.

Reconfiguration would generate about four new jobs in the north east region and about $1 million per month in additional economic activity. However, the effects of localising milk in the north east were not limited to that region. The average distance travelled by other dairy products could increase up to 150 miles in the south eastern US as a result of changes in milk allocation due to the local reconfiguration.

Nicholson said: "Our study does not indicate that local food is a bad idea, but it suggests that careful analysis of food systems may be required to achieve the desired economic, social, and environmental objectives.”

This comes from the study recently published in the journal Environmental Science and Technology.