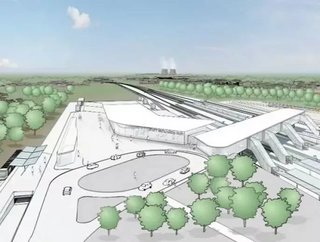 Follow @SamJermy and @SupplyChainD on Twitter.The House of Lords Economic Affairs Committee will next week take evidence from Alison Munro the Managing...

The House of Lords Economic Affairs Committee will next week take evidence from Alison Munro the Managing Director of HS2 and David Prout, Director General of the HS2 Group at the Department for Transport.

The Committee’s questions will focus on whether the £50bn projected budget for HS2 is realistic and achievable, how far the Department have considered alternatives to HS2 and whether time savings will be lost because of the out of town location of the proposed stations.

The proposed rail project, which is envisage would stretch from London and go out of the capital city to Birmingham then to Northern cities such as Leeds, Sheffiled and Manchester. This would naturally have huge ramifications for the rail freight industry within the UK and potentially wider Europe.

They will also hear from Professor Henry Overman, Professor of Economic Geography at the LSE. In this session questions will focus on Professor Overman’s criticism of KPMGs predictions for HS2’s wider economic benefits, how economic growth delivered by HS2 is likely to be divided between London and other cities and regions and how this growth will be achieved.

The evidence sessions will start at 3pm on Tuesday 28 October in Committee Room 1 of the House of Lords. Professor Overman’s session will start at 3pm, the second session with Alison Munro and David Prout is expected to start around 4pm.

The evidence session is open to the public. Anyone wishing to attend should go to Parliament’s Cromwell Green Entrance and allow time for security screening. You can watch the session live on the internet at www.parliamentlive.tv