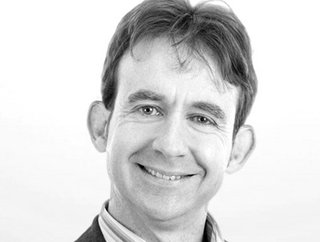 A total of 63 million jobs are expected to be lost to automation by 2040 across India, China, South Korea, Australia and Japan, according to research and advisory firm, Forrester.

Forrester’s latest Future Of Jobs Forecast says that automation will cost jobs across wholesale, retail, transport, accommodation, and leisure the APAC region, but that the green economy will help offset this, as more countries commit to carbon neutrality. It says an estimated 28.5 million new jobs will be created by 2040 in renewable energy, green buildings, smart cities, smart infrastructure, and professional services.

The report also highlighted how jobs in the major Asia Pacific economies are more at risk from robotic automation than in Europe and North America. The sectors most susceptible to automation, it says, are construction and agriculture.

Forrester added that automation is presenting countries across the region with different challenges:

In Australia, it says the nation’s domestic product (GDP) per worker incentivises firms to automate jobs to improve productivity and reduce labour costs. It predicts 11% of jobs will be lost to automation by 2040. Jobs across consulting, scientific, and technical services – which are harder to automate – will see the fastest growth, especially in the ICT industry.

In China, meanwhile, the population is expected to decline by 11% by 2040, and Forrester predicts job growth in the ICT industry will help offset automation job losses, with 3.8 million additional new jobs created by 2040.

India – which has a relatively young workforce – is expected to add 160 million new workers over the next 20 years, reaching a working population of 1.1 billion by 2040. Although 69 per cent of India’s jobs are under threat from automation, the country’s main priority will be job creation to accommodate new workers entering the workforce, says Forrester.

In Japan, due to an ageing workforce and the country’s low birth rate, its working population is set to contract by 19%, and Forrester predicts this will decline by almost one-third by 2050.

It’s a similar story in South Korea. Forrester says South Korea’s workforce will contract by 23 per cent over the next 20 years, and that its large construction and agriculture sectors are particularly susceptible to automation,

Training and more female workers will be needed - Forrester

“To prepare for the changes brought on by automation, the five largest economies in APAC will have to radically rethink their workforce strategies,” said Michael O’Grady, Principal Forecast Analyst at Forrester.

“While each economy faces its own challenges, common focus areas such as hiring more female workers can help offset working population declines,” he added.

O’Grady continued: “In addition, investing in STEM education, technology workforce training, and protecting the rights of freelance workers will become of utmost importance.”