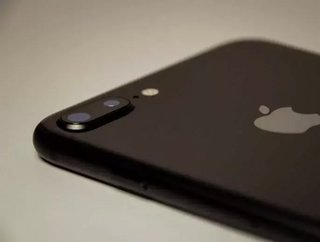 One of the world’s biggest technology companies has been recognised for its efforts to reduce slavery in its supply chain. Apple has been awarded the...

One of the world’s biggest technology companies has been recognised for its efforts to reduce slavery in its supply chain.

Apple has been awarded the Stop Slavery Award 2018 for its efforts to keep its supply chain transparent and free of child labour.

Hosted by the Thomson Reuters Foundation, the Stop Slavery Award is an initiative that recognises companies that have taken ‘concrete steps’ to eradicate forced labour from their supply chains.

Winners of the award are recognised for demonstrating integrity, courage and innovation in cleaning their supply chains and will be given a year-long licence to display the Stop Slavery Award logo, which will help consumer decision and contribute to raising cross-sector awareness on the issue of forced labour. The ultimate goal is to encourage more companies to take similar action in addressing unfair and illegal labour practices in their supply chains.

Upon receiving the award, Apple’s head of retail Angela Ahrendts, spoke of the opportunity in the world of supply chain to do more.

“As a company whose work touches the lives of so many people, we feel we have an enormous responsibility ... to turn our values into action," Angela Ahrendts, head of retail at Apple,” she told Reuters. "Though we've only just started, we see a tremendous opportunity to be a beacon of hope for trafficking survivors by integrating them into our worldwide retail teams," she said, receiving the prize designed by British sculptor Anish Kapoor.

Through its Supply Chain Progress Report 2018, Apple revealed that it had;