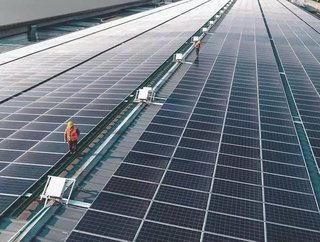 Apple’s efforts to create a greener supply chain resulted in significant progress in 2017, according to the tech giant. Since 2007, almost 15mn suppl...

Apple’s efforts to create a greener supply chain resulted in significant progress in 2017, according to the tech giant.

Since 2007, almost 15mn supplier employees have been trained on their rights, including 3mn just last year.

All iPhone final assembly sites around the world have now been certified as zero waste to landfill, while more of Apple’s products were made using renewable energy, while also reducing overall energy usage and carbon emissions.

In a release, Apple said its suppliers implemented energy efficiency improvements that reduced more than 320,000 annualised metric tonnes of greenhouse gas emissions in 2017.

Apple claims it “goes deeper into the supply chain to find issues and fix them” more than any other company in its industry and each year it will do more to raise the bar and protect the people who make Apple products as well as the planet.

Last year Apple launched a programme to help improve health awareness for women at its suppliers, so they are better prepared to take control of their health and share that knowledge back to their families and communities.

The programme started at facilities in India and China and provides information and access to services, including self-examination for early cancer detection, nutrition, personal care and maternal health. Apple aims to reach 1mn women at its suppliers around the world by 2020.

“We believe that everyone making Apple products deserves to be treated with dignity and respect and we’re proud that almost 15mn people understand their workplace rights as a result of the work we’ve done over the years. We’re going further with health education programs and new opportunities for advancement at our suppliers,” said Jeff Williams, Apple’s COO.

“A new preventive health care curriculum is encouraging women to focus on their personal health, and hopefully share that knowledge with their families and communities. Our goal is to reach 1mn women by 2020. We know our work is never done and we’re committed to raising the bar every year across our supply chain.”

The company conducted 756 audits spanning 30 countries and covering suppliers representing 95% of total spend. Apple’s efforts to raise standards are having a dramatic impact and the number of low-performing facilities decreased to just 1%.