Amazon and the disruption of the UK grocery, food delivery and home-care industry 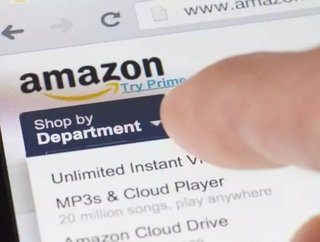 With Amazons expansion of its grocery deal with Morrisons, its launch of Amazon Restaurants, and a rumoured housekeeping service, incumbents could see...

With Amazon’s expansion of its grocery deal with Morrisons, its launch of
Amazon Restaurants, and a rumoured housekeeping service, incumbents could
see unusual partnerships as a means to fend off the retail juggernaut.

Amazon’s recent advances into the homecare and food delivery market,
following the much vaunted expansion of its pre-existing delivery deal
with Morrisons, the rumoured launch of a new housekeeping service, as well
as Amazon Restaurants and Amazon Fresh services, could result in incumbent
players taking drastic measures to combat the e-commerce giant. This is
according to Nick Miller, head of FMCG at Crimson & Co, who predicts that
Amazon’s competitors could form unlikely partnerships in order to avoid
losing ground to Amazon.

Amazon announced last week that it would be extending its existing
delivery deal with Morrisons’ to offer one-hour grocery deliveries to
selected postcodes in London and Hertfordshire to Amazon Prime Now
customers, a service which has been named “Morrisons at Amazon.”

Meanwhile, advertisements were seen in the US media two weeks ago for
‘Home Assistants,’ who would work with customers to tidy people's homes,
do laundry, put groceries away and "assure that customers return to an
errand-free home.” If true, this new service would be another convenience
to Amazon Prime Now customer who already have access to Amazon Restaurants
(a home food delivery service) as well as both Morrisons at Amazon and
Amazon Fresh for same-day deliveries on a massive range of fresh and
frozen grocery goods.

Miller commented on the moves, and what it means its competitors: “It’s
pretty clear that Amazon’s aim is to be the one-stop-shop for all
domestic-life conveniences. Whether that be shopping, groceries, takeaways
or cleaning, they want to lead the market – it’s an incredibly obvious and
yet aggressive strategy.

“Convenience, as mentioned is the key word – the customer, for the sake of
an annual fee (that being your Prime subscription) has a central platform
where they can access a wide variety of services and products at their
ease and with confidence in Amazon’s established reputation. As this
service becomes more and more engrained amongst users, loyalties to
competitors will increasingly be challenged – simply, why go to four
places when one does it all?”

Miller continues: “While on paper these plans are impressive there are
questions Amazon will need to address as these markets often entail more
complex service demands and delivery requirements.”

Services like Handy and Hassle are dominating players in the homecare
market. Deliveroo, has developed a leading position in London’s
‘last-mile’ food delivery market, but this has recently seen threats from
Uber with the entry of UberEats. Meanwhile, many of the big supermarkets
maintain grocery delivery services. Ocado, the online grocery specialist
which supports Morrisons’ website, saw its shares fall by 8.5 per cent in
the wake of the Morrisons news.

As Amazon refines and expands its services, these incumbent players will
likely need to innovate to remain competitive. Miller expands on some of
the options available to them: “It’s clear from the diminished outlook on
Ocado that Amazon is a major menace to all players in the food delivery
market. Any company seeking to compete with Amazon in this market will
need to match it on convenience and come close to it on the variety and
breadth of its offering.

“This could be done through innovations in a number of areas. Amazon has
set a forceful example here with its partnership with Morrisons, and a
fast-follower strategy could be appropriate -  creating a more compelling
offering through unusual partnerships. For example, a ‘last-mile’
deliverer such as Deliveroo could partner with a supermarket to offer
grocery shopping and takeaways in one integrated platform. One service
providing a weekly shop and an evening curry through the same account
could be a powerful convenience offering to rival Amazon’s combination of
Restaurants and Fresh.

“Moreover, in this theoretical example, the supermarket benefits from
Deliveroo’s expertise in ‘last-mile’ delivery, whilst Deliveroo gets
access to a wider customer base. This demonstrates how unlikely
partnerships could provide a route to superior service in delivery.
Joining forces with local transport businesses, such as taxi firms, could
also provide a boost to delivery speeds. Either way, thinking laterally
and tapping into pre-existing networks could help companies to compete
with Amazon.

These ideas, however, do not come without their own obstacles, and Miller
commented on some of these: “These kind of innovations would undoubtedly
bring a number of logistical challenges, not least the alignment of the
delivery chain to enable the fastest and best possible experience for the
customer, as well as the coordination of logistics and digital platforms
between two companies. However, approaching the problem from this angle
could prove vital for any company attempting to see off Amazon – a giant
with huge resources and clout behind it.”