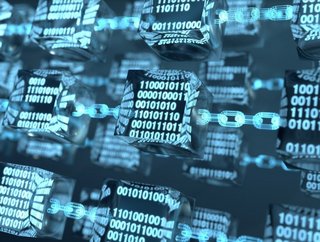 A timeline of advanced technology in the modern supply chain, including AI, IoT, Blockchain, robotics, drones and big data

While the unmanned aerial vehicle (UAV) can be dated back to the 1700s, the first modern drone didn’t come into play until 1935, as part of the Royal Air Force’s training for pilots. Fast forward to today, drone usage in logistics has rapidly increased, particularly in the healthcare industry following the outbreak of COVID-19, and also in packaged consumer goods.

While artificial intelligence (AI) is another technology that can be seen in many crude forms throughout multiple centuries, the first working AI programs were written for chess games in 1951. When it comes to supply chains, AI can be used to further warehouse efficiencies, enhance safety, reduce operations costs, and improve on-time delivery.

The first robot to enter the supply chain, came from the manufacturing industry. George Devol patented the first robot in 1954. Since then, robotics have advanced significantly, today, one of the most common robots used in supply chain are Automated Guided Vehicles (AGV) in warehouses.

While it is unclear who coined the term ‘big data’, it is a phrase that has been in use since the early 1990s. Big data in today’s supply chains is used for inventory predictions, product quality, temperature control, order fulfilment, real-time tracking, and machine maintenance.

While one of the first early examples of IoT can be dated to Coca-Cola in the 1980s, the concept of IoT was not official until 1999. Today, IoT in supply chains is used for location tracking, environment sensing, fleet management, equipment maintenance, and demand assessment.

Despite being first used as a phrase in 1991 by David Felernter, it wasn’t until 2002 that the first concept of digital twins was applied in manufacturing by Dr Michael Grieves. Digital twins are used today in supply chains to optimise overall processes and inventory, identify bottlenecks, and plan transportation and facilities.

Dating back to 1982, David Chaum first proposed a blockchain-type protocol in his dissertation. However, it wasn’t until 2008 that the first decentrailised blockchain concept was brought to fruition by Satoshi Nakamoto. Today, supply chain uses blockchain to increase automation, improve collaboration, drive traceability and transparency, and to optimise security.