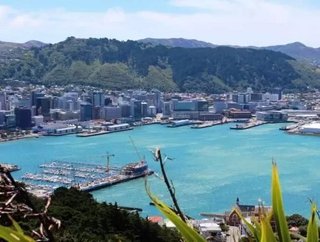 An Intelligent Transport Systems Technology Action Plan, designed to help make transport safer and more efficient in New Zealand, has been launched by the Ministry of Transport.

The plan identifies what is needed in New Zealand for advancing the introduction of intelligent transport systems technologies across all modes of transport.

Intelligent transport systems use technologies such as sensors, computing and communications in vehicles and in transport infrastructure such as roads; and include such things as traffic control systems, advanced driver assistance, vehicle monitoring and integrated electronic ticketing.

“Many technologies such as driverless cars, and the capacity for vehicles to platoon (drive closely together like train carriages by being connected electronically) are already being trialled in other countries.

These sorts of technologies have the potential to fundamentally change how our transport systems work – while making them safer, more effective and more efficient.”

The Ministry of Transport has developed the plan in collaboration with other government departments and agencies, following public consultation late last year. “Submitters supported the government taking a stronger leadership role. This action plan is the first step in that process,” Matthews added.

Intelligent transport systems (ITS) are those in which information, data processing, communication, and sensor technologies are applied to vehicles (including trains, aircraft and ships), transport infrastructure and users.

New Zealand already has many examples of ITS in operation. For example, real-time systems to tell public transport users when their bus or train can be expected to arrive; variable message signs and ramp signalling on motorways; advanced driver assistance systems, such as automated parking and blind spot warning systems; and systems to help aircraft follow safe routes to and from airports.

As computer technology becomes both cheaper and more powerful, there are also new and emerging ITS technologies that the government expects to see deployed in New Zealand in the future.