2016: the year of the seller and how businesses can increase productivity even further in 2017 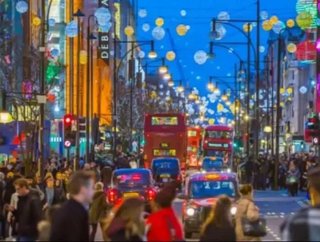 Ian Smith, General Manager, Invu discusses our previous article on 2016 being the year of the seller and how businesses can increase productivity even f...

Ian Smith, General Manager, Invu discusses our previous article on 2016 being the year of the seller and how businesses can increase productivity even further in 2017

2016 was indeed the year of the seller and Amazon has helped many growing businesses to achieve more than 100 percent growth in sales. At the end of 2016 many SME’s were hit with the biggest retail weekend of the year with Black Friday, followed by Cyber Monday.

Packaging and shipping orders can be demanding but there are also major purchasing challenges. These include the control of, and visibility of over spending, as well as the amount of time and human resources consumed by the process; the ordering and then receiving and paying for goods and services. Maintaining a balance between control, visibility and efficiency is a critical success factor in the purchasing process.

There are many more benefits digitalisation will bring than just “digital documents”. Daily functions such as opinions will be driven and underpinned by data. The ‘keep everything’ culture will move to a ‘keep only what I need’ as computer space will be freed up as people begin to see the benefits of central rather than local document storage. Cloud technology will no longer be considered just ‘nice to have’, it is becoming the norm for IT departments for all businesses. Even mid-size companies are moving towards Infrastructure-as-a-Service.

When technology becomes more developed our human input is reduced, particularly at an administrative level. As these trends develop and become more accepted, document digitalisation will help businesses to save time and frustration whilst increasing productivity through busy periods such as those of upcoming festive seasons.