SKA International Group is an expert in doing big business in difficult places, underlined by its $80-100 million investment in a state-of-the-art fuel storage facility 20km upstream from the Iraqi coast, testament to more than 10 years’ experience of operating in the war-stricken country.

Having excelled in supplying and transporting fuel and equipment during the major US occupation years, the Dubai-based company, with over 700 employees and turnover in excess of $500 million, is increasingly looking to oil and gas opportunities in Iraq and other countries across the Middle East and Africa with challenging circumstances.

SKA has significant ongoing investments in Somalia and Uganda; and is raising the profile of the Ras Al Khaimah International Airport in the UAE with a 10 year agreement, where SKA has built and operates an Aviation Fuel Storage Facility.

Working as a good corporate citizen, and helping to develop business, people and communities, while supporting charitable initiatives; lies at the heart of what CEO and President, and 100 percent owner Mike Douglas is vying to achieve.

“Despite the negative coverage of the countries we are in there is huge potential for development,” he said. “We are already changing that negative impression and a big part of what we do is give back to the communities we do business in.

Iraq represents arguably the greatest challenges but also the greatest amount of activity for SKA, which operates under nine companies across six Middle Eastern and African countries.

Its current flagship investment lies at the Port of Khor Al Zubair, the first privately owned fuel storage facility in Iraq, with a 20,000 ton capacity, set to rise to 80,000 once phases two and three are completed.

The expansion, which will take total spend to upwards of $80 million, will allow SKA to deliver more fuel to power vital industries in the future.

“We have encountered some significant challenges but we are very active, supplying fuel and importing refined products, and keeping power stations operational in what is a very difficult time,” Douglas added.

“The expansion will give us more capacity and will allow us to bring in bigger vessels which have lower freight premiums. Our plan is not only to handle our own fuel through the terminal but to handle third party imported products also.”

SKA also has a testing lab at the site where Intertek conducts international fuel certifications, giving peace of mind to -customers in the knowledge that their fuel is of the highest standard, something which has been problematic in Iraq in the past.

This project is representative of a shift towards focusing on the oil and gas markets in the country following a number of huge and varied projects based around the US military.

SKA handled most of the logistics freight for the US government in a six-year contract and carried out an enormous 180,000-hectare crop spraying scheme in 2006; this while being the key fuel supply chain operator.

It now has a fleet of 500 trucks in Iraq moving all kinds of fuel and equipment, and is working with global oil and gas companies including BP and Lukoil. The company’s -local knowledge and experience is central to its success.

“Security is a major issue in a lot of our regions,” Douglas said. “But 11 years in Iraq has given us the experience to manage our way through a lot of the problems. We have a thorough security plan in place and an extensive evacuation procedure should the need ever arise.

“Our experience and knowledge of what happens on the ground, is our greatest asset – we can foresee issues before they come to us.”

The resoluteness of SKA has played an important part in convincing businesses to invest in Iraq, and Douglas, himself having served in the armed forces, is an active figure at the Iraq British Business Council. This body works tirelessly to bring in investment to the country and SKA is a founding member.

Closer to its Dubai headquarters, the company is working to improve the commercial profile of Ras Al Khaimah International Airport.

A $10 million aviation fuel storage facility recently commissioned, is the first step in attracting both cargo and passenger carriers to the airport. Douglas believes  the incentive of a competitive fuel and handling package will draw in investment where before it may not have been attractive.

“As the UAE rapidly expands there is a lot of congestion at Dubai International, but currently at Ras Al Khaimah there is a very low level of activity,” he said. “We are injecting some fresh ideas and the large amount of hotel developments going on also shows the tourism potential.”

Somalia, Uganda and beyond

Aviation is a crucial part of SKA’s work in Africa, not least in Uganda and Somalia, arguably the most unstable nation on the continent.

Here SKA has several contracts with the United Nations (UN) mainly based around life support and fuel supply, and continues to provide supply chain services to Mogadishu airport having given it a new lease of life between 2010 and 2013.

SKA has operated helicopters as well as its own fixed-wing aircrafts and truck fleet in Somalia, with a significant focus now being turned towards oil and gas operations.

Douglas added: “We have been on the ground for coming up four years and have developed a unique capability in terms of being able to do business.

“There is a big opportunity here for oil and gas and a lot of mineral resources which are yet to be explored. We are long term investors, here for the long haul.”

In Uganda, the company is set to begin building a 20,000-tonne fuel storage facility just outside Kampala, with operations looking to commence in 2015. The site is strategically placed on the rail and road networks from Mombasa, facilitating increased import of refined goods.

SKA is also about to retain its air operating certificate, an important step on continuing work here and for other UN projects in the likes of the DRC, South Sudan and Central African Republic.

An ultimate end for Douglas is to revitalise the societies in which the company works, with a big part of this revolving around employing and developing local people in the business. SKA employs over 700 people, a mixture of former armed forces personnel, commercially-focused personnel, as well as local nationals.

“We pride ourselves on having local staff and taking good care of them, giving opportunities they otherwise wouldn’t have,” Douglas added. “We invest a lot in training and sending people abroad to become qualified – I want a loyal group to take us forward.”

The company also invests heavily in the charitable sector, for example in Iraq where it supports many events run by the Amar International Charitable Foundation.

By continuing to improve its own offering, SKA International Group can keep on driving commercial growth in the world’s most challenging environments where help is needed the most, ultimately uplifting the lives of communities that have endured years of hardship.

Douglas concluded: “Despite the negative media headlines there is a huge amount of opportunity in African and Middle Eastern countries. The message I want to give is that we are here to stay.” 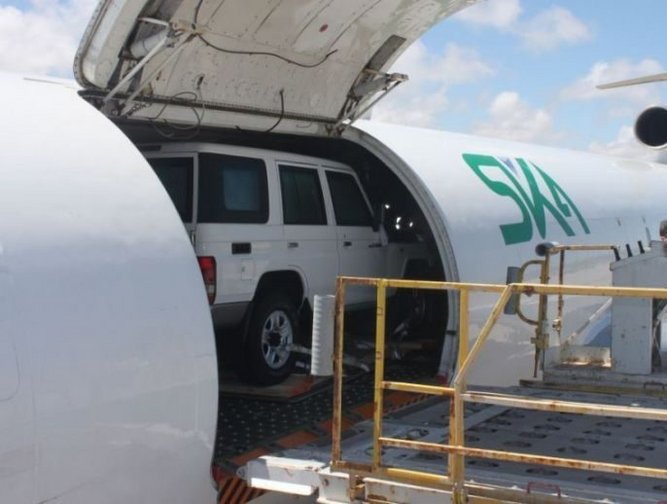 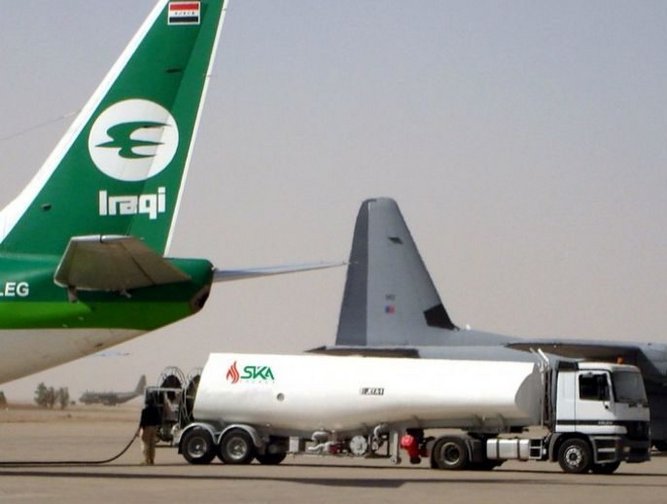 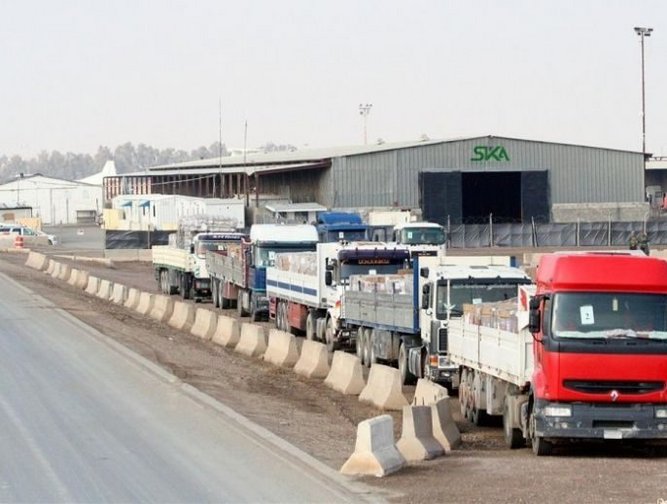 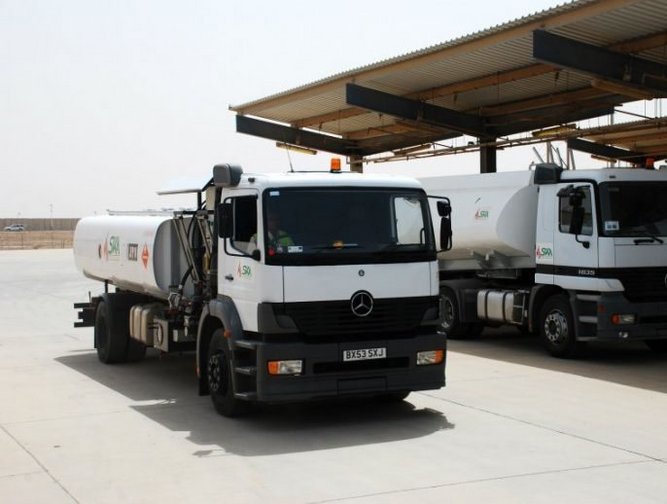 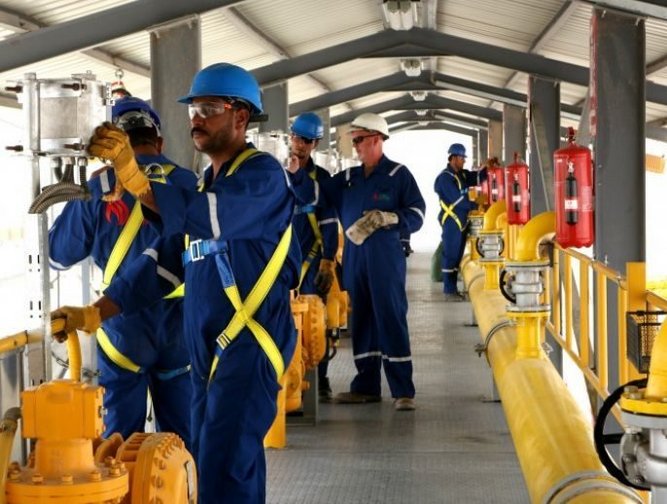 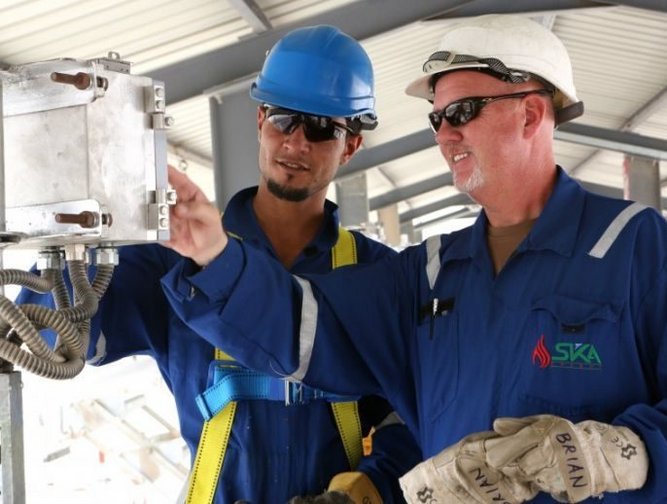 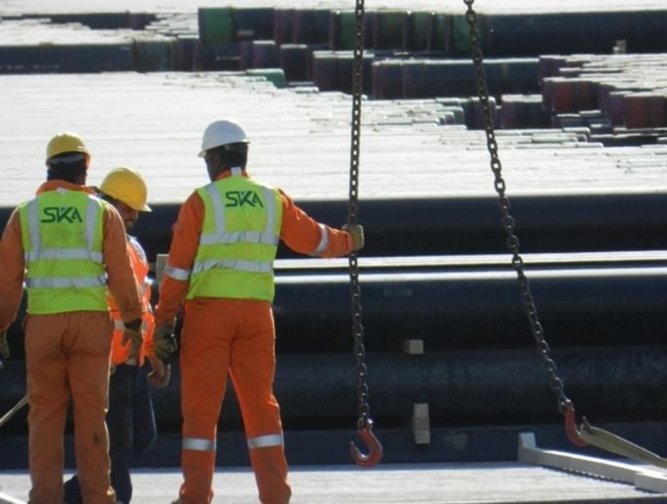 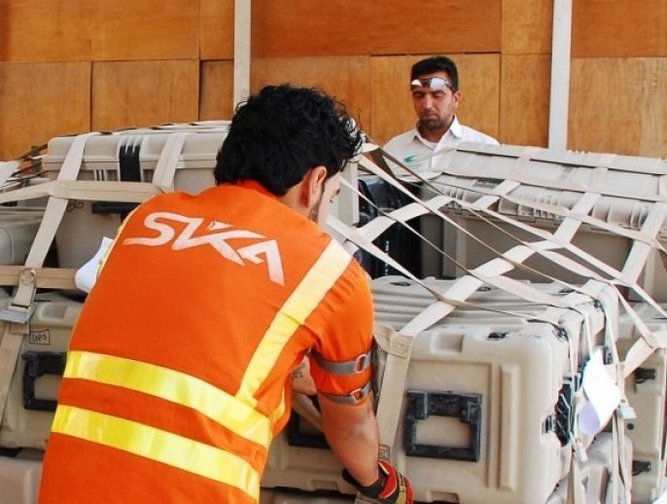 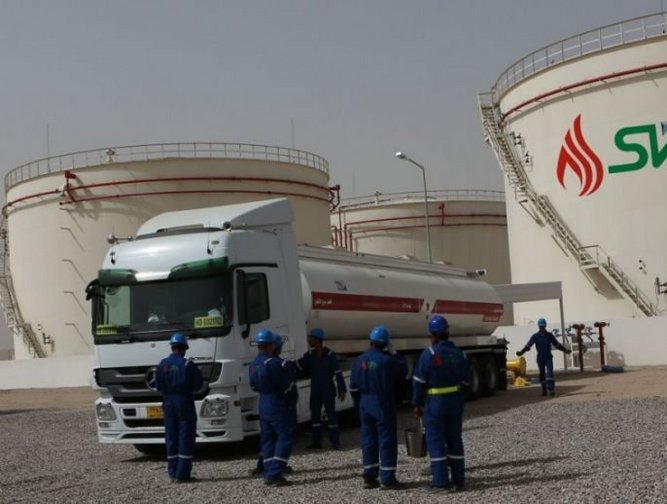 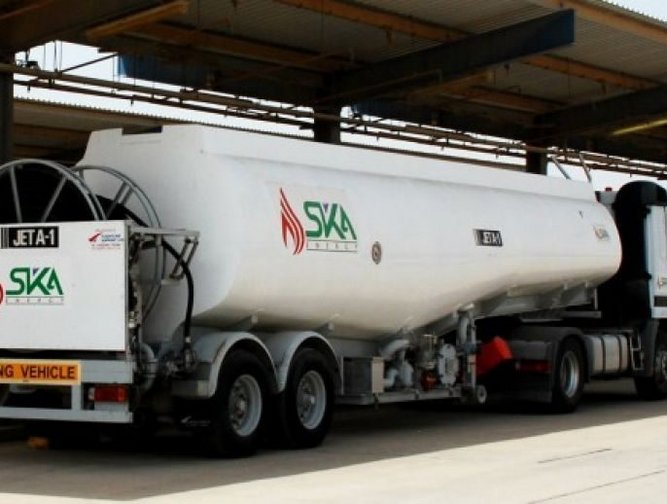 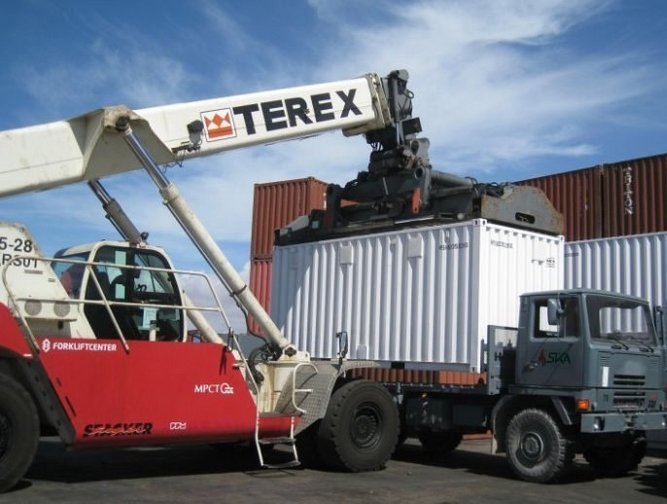 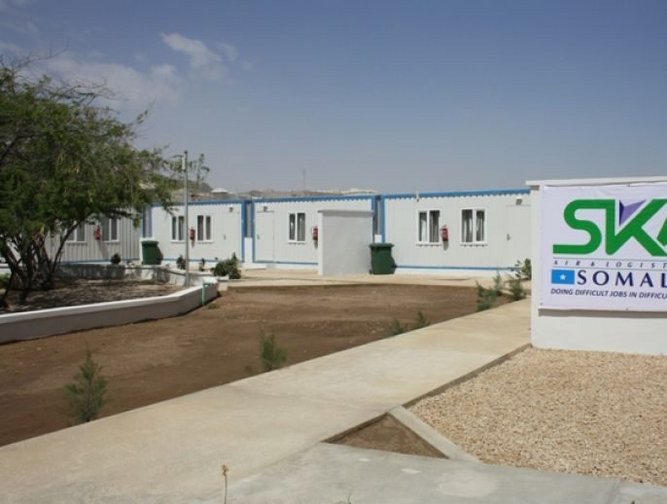 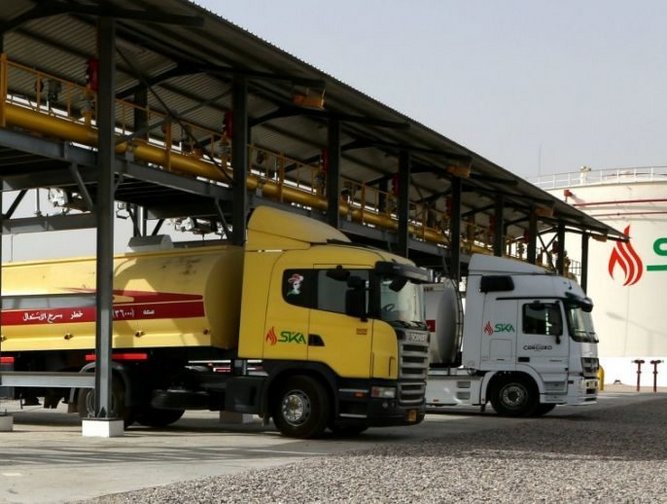 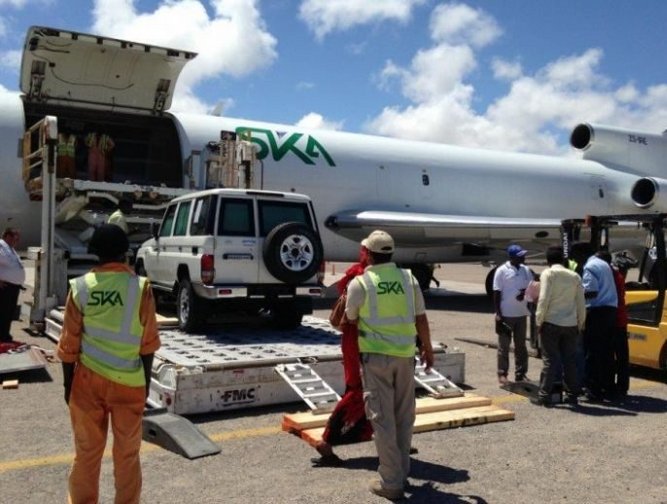 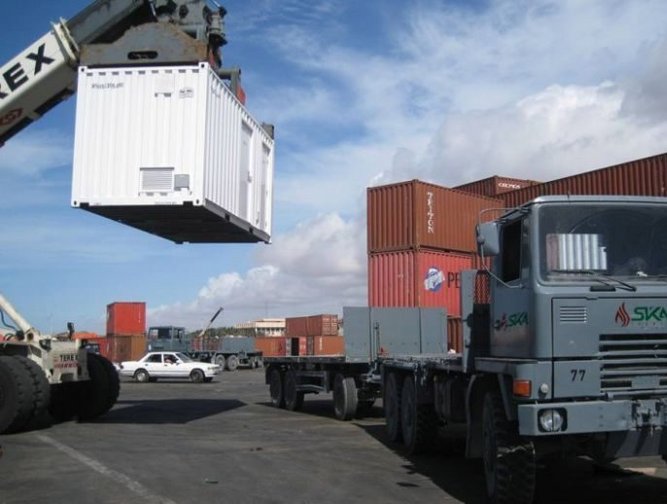 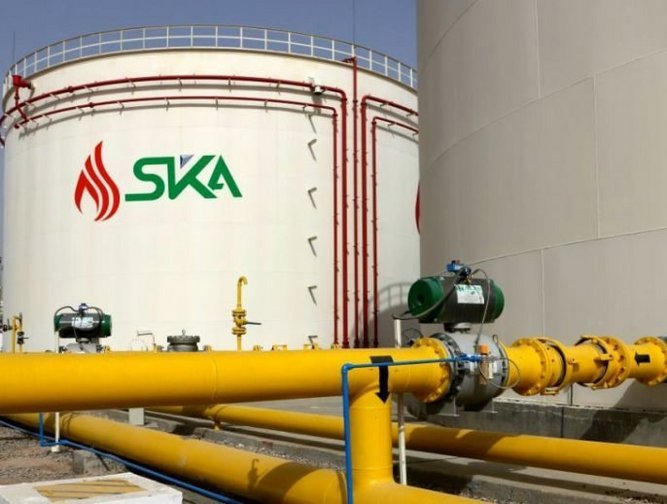 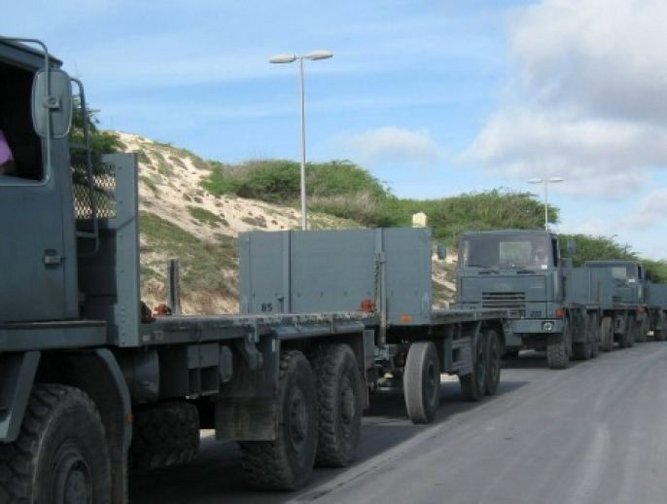