Raben Group is transforming logistics with a widescale digital transformation

View Full Report
The Raben Group is in the midst of a company wide digital transformation, led by CIO Slawomir Pawlak...

Twenty years measures as an infinitesimally small period of time in the history of mankind but when it comes to technology, the last two decades will go down as an era of extraordinary significance.

Throughout this transformative journey from an analogue past to a digital now, Slawomir Pawlak – Chief Information Officer at the pan-European logistics giant Raben Group – has been in the eye of the storm, a first-hand witness to a rapid shift from one comfortable landscape to an inherently different other.

Pawlak, who this year will reach his 20th anniversary as the Dutch firm’s technology leader, has embraced this monumental change with open arms and a sharp mind. This adaptability has rewarded him with the authority to steer digital transformation at a €1bn company, an ambition that would have seemed impossible in the days when ‘IT’ was placed firmly in the back office.

“That's amazing perspective, isn't it? I've been here 20 years, in IT at Raben Group,” he recalls. “In 19 of those years I have been in the leading position and during that time I might have changed, once or twice, all of our systems in Raben Group to new systems or new versions and new releases.

“As the technology has grown, so has the company. Twenty years ago, we had roughly 500 people in in the group in two countries. Right now, we have 10,000 people in 12 countries. We had €50mn of revenues back then and right now we have more than €1bn. Through company growth and technological change, IT became more and more important to where we are now, to the point where it is powering change.”

Raben Group’s history stretches to long before Pawlak’s time at the company. A market leader in Europe for over 85 years, its efficient and dependable service has afforded it the reputation as one of the continent’s outstanding logistics and warehousing providers.

Pawlak’s remit in 2018 is to lead technology integration in every area of its established business; primarily flowing innovative digital infrastructure through its logistics and warehousing operations but also exploring how technology can help Raben Group face the widening range of challenges presented to a multinational organisation in the 21st century.

With the deployment of over 8,000 modern means of transport to carry cargo across 12 countries from Italy to Lithuania, an optimised tracking function is of paramount importance to Raben Group. Pawlak has overseen the amalgam of technological solutions to meet that demand, creating a service that guarantees ‘mobility and visibility’ for its customers.

Delivered in partnership with BlueJay Solutions, the business has adopted a single transport management system that connects its operations through one stream, giving it the required transparency. This information is shared to customers via its MyRaben.com portal, launched under Pawlak’s stewardship in 2015 and powered by Mendix, a low-code platform which enables the simplified management and development of in-house applications.

“The flow of information across Raben Group and between countries really is fast and very accurate,” explains Pawlak. “Using BlueJay’s software, we're transferring information about transporters’ cargo and transporters’ documents really quickly. We present that internally and externally on MyRaben, where our customers can see statuses, can see documents, can see invoices in spite of the location of the cargo.

“This is a really good solution with good performance. Right now, we are migrating this platform from one cloud to another and on completion of this migration, there will be the option of automatic scalability of the infrastructure. This gives me the option to grow to offer more services on this platform.”

Drivers input the information on mobile terminals through a sophisticated application developed by TIS GmbH, the German telematics provider of logistics software. Raben Group, which has also struck a deal with Panasonic for the supply of heavy-duty hardware suitable for use in transportation, sees thousands of data touch points across its fleet every day.

This presents a challenge for Pawlak which is a very familiar one for CIOs today – how do you make first make sense of that data, then how do you turn it into action points that will make a difference?

“Data comes from many devices and many applications. At this moment, we are collecting some of it, but not all of it, in our data warehouse. One key improvement that in front of us is using that data to power predictive analytics.

“We're building some profiles already; the behaviour of customers, the risk of traffic jams or changing the routes of the trucks, all based on historical data. But this is still only a pilot. Based on information we're already collecting we can build more and more effective way of making deliveries and we have made investment in this area, but we’re probably still one or two years away.”

Warehousing fit for the future

Raben Group boasts more than 1,150,000 m2 of diversified warehousing space, which are adjusted to suit specific requirements. Some 83 of its warehouses are designed for food and non-food products, ADR goods, goods from the automotive sector, electronics (white goods) and oils. The company has stated that long-term, the objective is to implement the RedPrairie software (a JDA product) at all its locations

On the organisation’s warehousing operations, Pawlak says: “Flexibility is hugely important; we have to be able to control our warehouses and be able to accommodate a wide variety of goods. So, for example, we take big consignments of motorbikes from BMW in Berlin directly into our warehouses and distribute them to customers both inside and outside of Europe. That is certainly one of our strengths.

“We would also consider food to be a real specialism of ours, which is really strictly controlled. We have a company called Fresh Logistics that is dedicated to the food logistics, so that’s the supply chain, temperature control, storage, etc. We have to be really efficient because a lot of food has quite a short product life. A day might not seem like a long time, but if a product only has a shelf life of seven to 10 days, then it’s a significant percentage, so the system and delivery have to be 100% right.”

In the short-term, Pawlak says the business and, indeed, the industry faces two-real challenges – the ongoing effort to recruit the right talent and adhering to new legislation. But with a richly experienced team backed by a $1bn organisation, Raben Group is in a great position to continue to thrive in the logistics space. 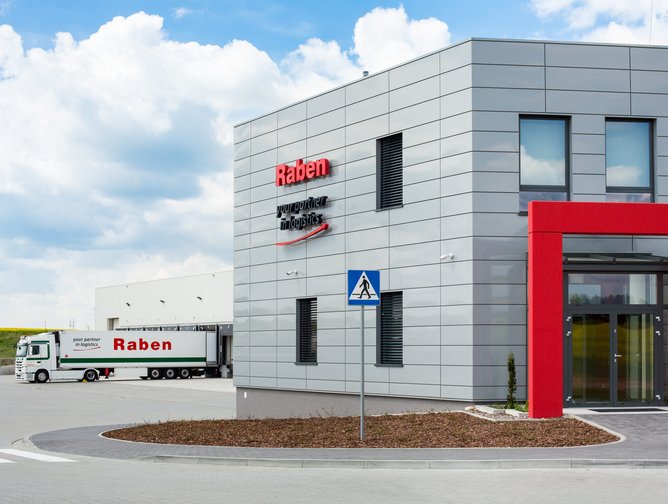 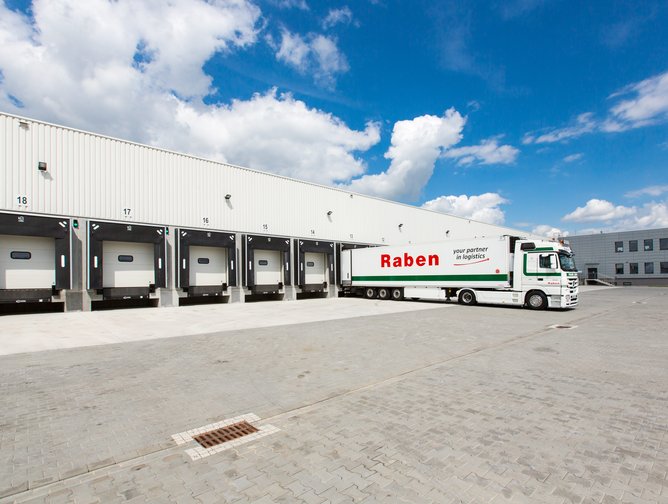 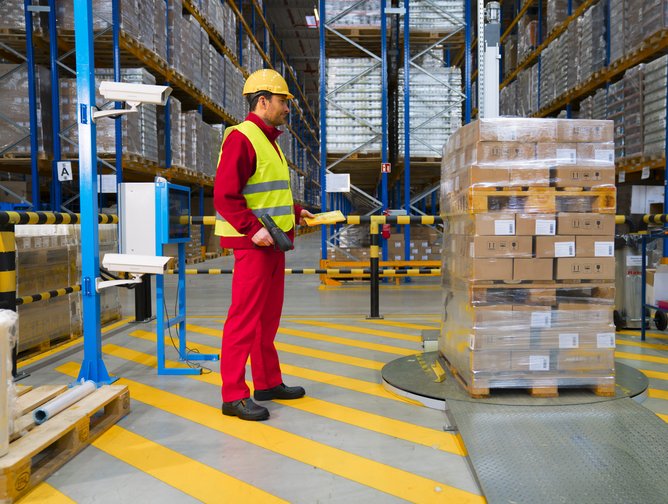 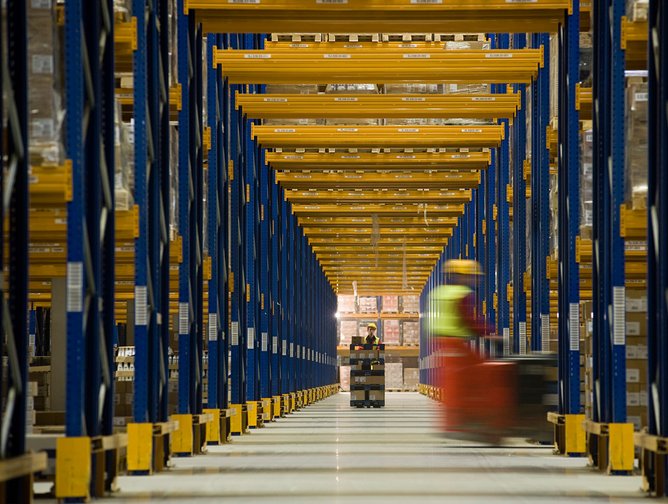 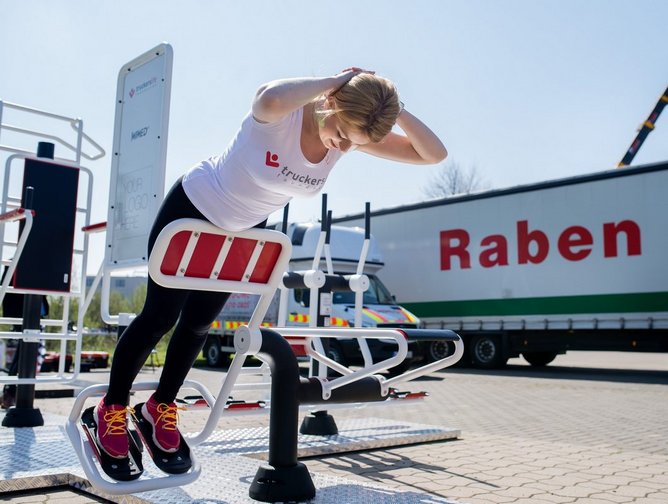