Founded in 1989, OSM Maritime has grown from a single crew-management contract to a fleet of over 500 vessels managed from 26 offices around the globe. Business Chief sat down with OSM’s Chief Technology Officer, Chakib Abi-Saab to find out how one of the world’s largest maritime management companies is using breakthrough technologies to empower and unite its 11,000 employees. “Technology is not the solution to everything,” says Abi-Saab, “but it is a very important toolset that enables us to provide better and more reliable services, and facilitate greater transparency with our clients.”

He explains that “as a whole, the industry has not adopted technology on a large scale. I think at OSM we have been very aggressive. We believe that business gains, transparencies and improvements in relationships, and efficiencies that we gain from technology equal a competitive advantage”. At the heart of the company’s technological transformation is its Maritime Operations Centre, located in Singapore. Abi-Saab presided over the Centre’s creation in 2018 and will oversee the construction of a second facility in Arendal, Norway in 2020. The Centre enables OSM to monitor and manage the company’s global fleet 24 hours a day. Abi-Saab explains that, with the Centre in operation, “We not only have information that used to take weeks to gather, but the computer also gives us access to correlations that we, as humans, might not be able to see. We're expecting to move to the next level with machine learning, so that we can perform predictive analytics and predictive maintenance which will become a cost savings to us and to our customers.”

As Chief Technology Officer, Abi-Saab is currently overseeing the adoption of several new technologies to further enable OSM’s technical managers to perform their roles. At the core of each new technology, he emphasises, is the ethos that “technology is a way to give people the right information so that they can make decisions based on what's happening at that particular time, operationally and financially”. New initiatives that OSM is aggressively testing or already using include machine learning and AI, edge computing, augmented reality, drones and blockchain.

“Imagine you are managing a ship and one part of the engine breaks,” says Abi-Saab. “Well, we in OSM do the best possible job we can to hire the best possible people to manage our ships. But the reality is that you cannot have experts for everything on every ship.” This is where one of OSM’s latest pieces of technology comes into play: augmented reality goggles. Allowing on-ship staff to display in real time the repair process enables OSM to “take advantage of the 11,000 people in the company for expertise that can walk our engineers through the solution, because we can see what they see and we can send diagrams that they see through the augmentative reality goggles,” explains Abi-Saab. “We expect that having these augmentative reality goggles on our ships will mean that challenges that could, today, disable a ship would be dramatically reduced. We will have people with the right expertise helping us resolve those problems. So, the efficiency gains will be dramatic.”

OSM also operates a number of offshore oil & gas facilities. In the past, an operational event that required an underwater inspection would result in halted production for prolonged periods of time, while trained divers would be deployed for surveillance and repairs. Now, Abi-Saab says, that could change. “When you stop a rig operation, you're talking about hundreds of thousands of dollars lost on an hourly basis. If you have a drone in the water that can do the same job, you do not have to stop the operations. So, it not only increases safety but it increases profitability.” OSM is considering the adoption of drones for both underwater and aerial inspections in combination with video analytics on its rigs and ships under management.

“Part of the immediate efforts to build efficiencies through digitalization includes working very closely with our partners of Simplifai to completely evaluate and re-engineer processes with the objective of then using Robotics Process Automation (RPA) to speed up the execution of repetitive tasks and reduce manual intervention,” adds Abi-Saab. Simplifai is a holistic artificial intelligence solutions company headquartered in Oslo, Norway. By using Simplifai’s technology to automate routine tasks, Abi-Saab estimates OSM will be able to increase efficiency in those areas by up to 50%. The adoption of RPA will also bring scalability and improved data quality due to the error reductions inherent to automation. “We are now an organization that takes advantage of data and business intelligence to make better decisions, and having error-free data means better decisions, and having only one version of the truth,” says Abi-Saab, adding that “Simplifai has proven to have deep understanding of processes combined with RPA, among other skills.”

As well as tools for gathering and redistributing knowledge and raw data, OSM is dedicating itself to the adoption of machine learning, AI, IoT and edge computing to record the most relevant information from its fleet and parse it for insights into operational solutions. “We believe that IoT is going to be the key to preventive maintenance,” Abi-Saab says. “But we need to approach it very smartly. You can find sensors for everything, but not everything that can be measured should be measured and not everything that should be measured can be measured. So we’re currently working to identify what are those areas that, if we measure, would give us the efficiency gains that we are looking for.”

Uniting information from every individual system OSM has in operation within a centralised database, the Operations Centre helps to prevent the company’s solutions from becoming siloed. “We have experienced the same challenges as everybody else in the industry,” admits Abi-Saab. “Part of the creation of the Operation Center comes in a second phase where we will create a fully centralized database, which holds information from every system we have in the organization,” helping to ensure company’s tech functions as a single harmonious ecosystem. “Having all the information in a centralized database will give us several advantages,” notes Abi-Saab. “First is the ability to properly monitor security. Second is the ability to properly back up our data and restore it in the event of an emergency or disaster so that we have proper business continuity. And third, it will give us the ability to have smart algorithms of artificial intelligence from our machine learning software going through the data, so that we can get correlations that would possibly not be imagined by humans… Similarly, we are looking at edge computing technology so that, not only will we have analytics onshore in the operation center, but the people who manage the ships also have access to real-time analytics so they can make better decisions.”

Identifying trends in ship maintenance using this combination of IoT, edge computing, and machine learning as part of a centralised database will, Abi-Saab believes, lead to significant efficiencies for OSM, as the company gains insights into preventative maintenance strategies. “Imagine that you have a fleet of ships around the world. Normally, the way maritime companies work is you have Vessel Managers onshore and you have the Captains in the ships who are the people responsible for the operations of the ship. Now, if a ship breaks in Brazil and then another breaks in Africa and another stops working in Europe, under normal circumstances each incident might be seen as an isolated case. But, if you have all the information in one centralized database, artificial intelligence can detect a trend, ships that are similar, or parts that are similar that are breaking. Then it starts telling you, based on the past history of Ships A, B and C that we should change a particular part of this type of ship because it's about to break. That's when you truly create value.”

OSM Maritime’s exploration and adoption of digitally transformative technologies is comprehensive and happening at speed. A large part of Abi-Saab’s role is to ensure the company’s slogan, "It's all about people,” is respected and adhered to. “We believe that technology, without the support and knowledge of the people, would not be as efficient and would not give you the value that you need,” he explains. “We are focusing on aggressive change management plans that not only choose the proper technologies but also communicate to everyone in the organization that will be affected what is happening, why that is happening, and how that will affect them. Because the better people understand the positive impact the adoption of technologies has on their job, the more their resistance to it is reduced.”

For example, OSM is currently examining the possibility of a partnership with a company specialising in blockchain technology. The digital ledger technology would address a challenge faced by OSM crew members: paper certificates and documentation. “If those certificates are lost, it's going to take them weeks, potentially months, depending on where in the world they are, to get them back. Without those certificates, they cannot board a ship,” explains Abi-Saab. “If we have a blockchain solution that enables them to produce real time information about their training and certificates to ship owners anywhere in the world, then it would become quite an interesting solution.”

2019 and 2020 promise to be exciting years for OSM Maritime. Abi-Saab predicts that the next year will see a tipping point for the company, where “pursuing technology solutions will help us create technical ability, security, reliance and efficiency gains in everything we do today, with the aim to become a highly-predictive analytical, artificial intelligence and machine-learning-based organization in 2020.” 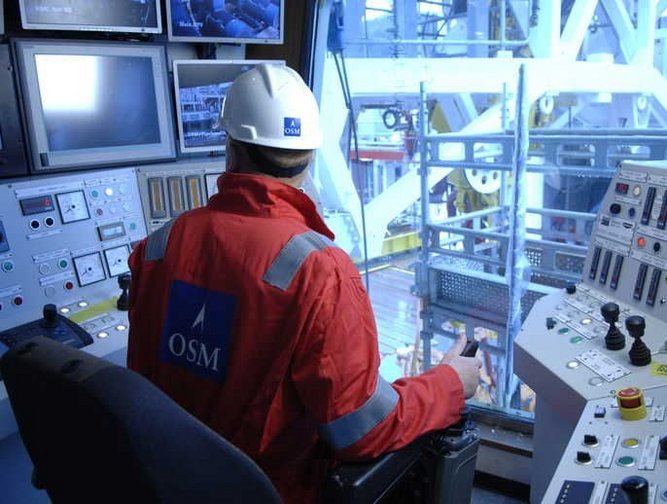 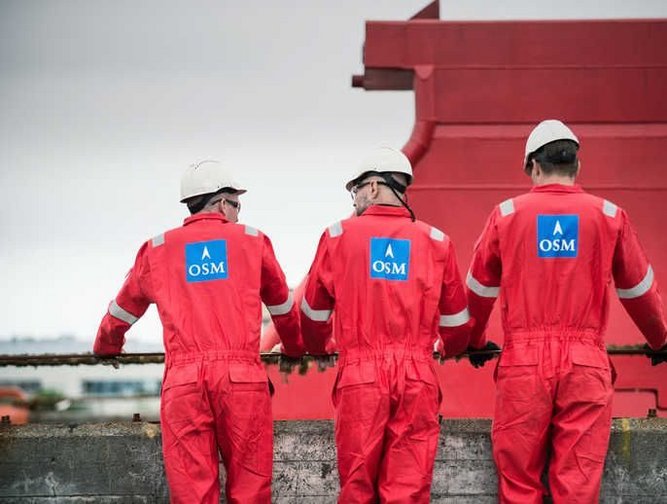 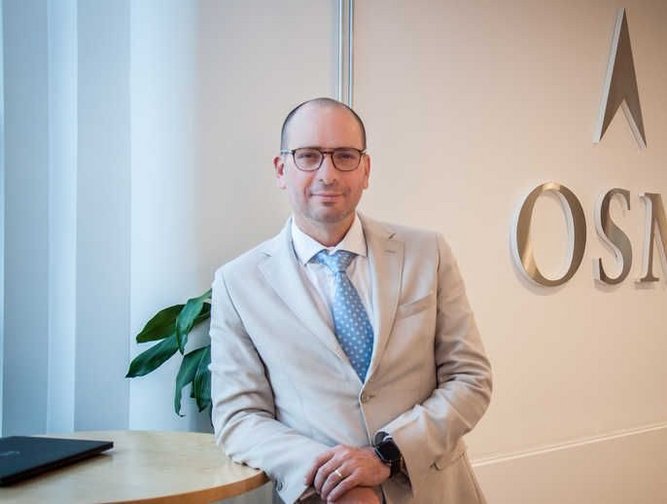 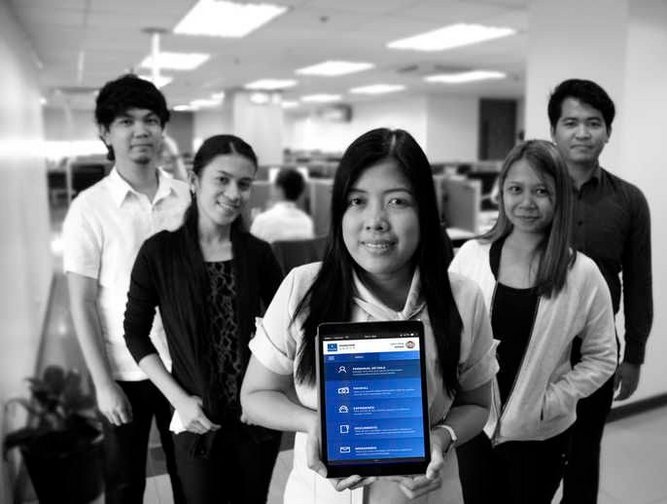 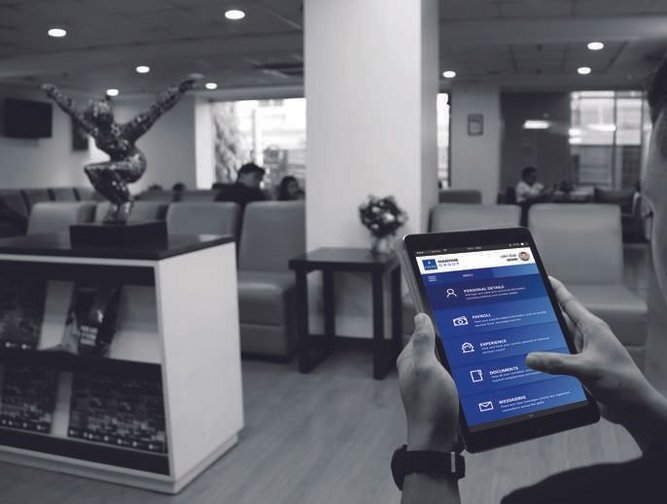