Inside the supply chain of Crown Resorts

Crown Resorts is a much larger business than it first appears. Crown Melbourne, a feature of the city since its opening in 1997, is a massive gaming and entertainment complex boasting more than 45 bars and restaurant spreading across multiple city blocks. It's become a major destination for Victoria and a magnet for tourists from around the world. Far from being just the best and largest place for gambling in the entire Southern Hemisphere, it offers its visitors cinemas, retail complexes, luxury accommodation and global food experiences from outlets such as Dinner by Heston Blumenthal, which can be found at Crown Towers, one of three hotels on the site. Though city-based, Crown Melbourne is aptly called a resort since it delivers everything a visitor could need, all on one site.

Whilst the Melbourne property is more of an urban resort, Crown Perth has a traditional resort feel. Though it first opened in 1985, it has been renewed and hugely expanded since Crown acquired it in 2007. Situated a little further out, it is a major destination for the fast expanding city of Perth and is now the largest single-site private sector employer in Western Australia with approximately 5,800 people on its books. It too has a Crown Towers hotel, which opened in December 2016 and features 500 luxury hotel rooms and suites, villas, private gaming salons, restaurants, bars, a grand ballroom, convention centre, luxury retail outlets, resort pool and spa facilities. The success of the business over the last couple of decades is going to be replicated in years to come, and Crown's energetic chairman James Packer has announced his determination that Crown Sydney, to be built on the waterfront at Barangaroo, will be the best hotel in the world.

Food and beverage requirements for a business of this size form a major part of the supply chain across a very diverse range of categories. Making sense of the complexity of this procurement challenge is the job of Procurement Systems and Compliance Manager Justin Purss, who reports to Ben Briggs, the Group General Manager of Procurement and Supply. Purss has more than two decades of experience in the gaming and hospitality sector and has managed analytics and reporting, ERP and procurement data management, cost control and inventory management teams across Crown's Australian resorts since 2014. At that time, he says, the available data was held in a disparate manner – each site was responsible for its own information and with very little cross-fertilisation within the business. “There was really no consistent reporting ability on our expenditure. Getting the information out of the ERP system was difficult unless you had knowledge in that area, and when management called for an overview there was a lot of telephoning.” He recalls that there was just one individual within the group who knew how to access it all – the spend data was reconciled annually, and preparing that report took up to four months.

What was needed was a smart procurement management system (PMS) that would permit the team to standardise sourcing processes, give clear visibility into the different categories of spending, and streamline the time-consuming manual processes that were being used. The major benefit from this would be that it would enable analytics to be applied through artificial intelligence and introduce a UNSPSC (United Nations Standard Products and Services Code) taxonomy of products and services, carry out meaningful supplier performance evaluations across the board, and streamline business processes.

The system chosen to manage all of Crown Resorts' upstream procurement activity was Zycus. It was selected for its sophisticated functionality, ease of use, interoperability, scalability, and had a local, Australian presence who understood Crown's challenges and needs. As a result, says  Purss, his team can now make sense of category data across all sites. “They have visibility into supply rationalisation opportunities, for example, to try to streamline some of our business processes and create efficiencies and savings by leveraging that information.” It means better visibility within the company too, he explains. “We have the spend data extracted from our ERP system sent through to a spend analytics module within the PMS, and that runs through a classification AI computer learning platform that understands the data.” Many of different items are purchased every day. Some are commodity items from a large, contracted supplier, while others are one-off purchases from a small local vendor. The tool understands each of those purchases and categorises them, giving total and immediate visibility.

Now, thanks to the spend analytics tool, the data that could only be assembled periodically can be assembled in minutes rather than months, and the same insight gained into the 90% of the vendor base that accounts for just 10% of the spend. “That nimble insight we get via Zycus is a game changer for the company,” Purss adds. “We can react very quickly. For example, if in a meeting someone needs to know the details of a particular vendor we can check that on the spot instead of having to ask for a week to get the data together.”

It has also enabled the procurement team to set up dashboards for each of the category streams so purchasing staff have visibility into the category for which they are responsible. There's a wider spend dashboard that gives them the ability to look at specific metrics by setting their own filters. “Because we have the ability to look into opportunities, we can jump on them quickly,” says Purss. “We have saved the company tens of millions over the last couple of years by just having better insight and being able to identify opportunities that we might previously have missed.”

In addition to Analytics, Crown’s PMS also includes Supplier Information Management (SIM), Supplier Performance & Relationship Management, Contract Management, Project Management and Sourcing. “We have thought about the long term here. For example, in our vendor profiles for the SIM module, we have created a place where we can truly understand our vendors. This has been a big change for Crown and will create efficiencies by allowing a centralised location where all of their company related information and documentation can be maintained,” Purss explains. This has been a major push by Crown to not only ensure compliance but to give their suppliers a sense of inclusiveness and support.

Checking them inward and onward

All of this is about business process improvement. It is vital to the health of any modern company: it involves a lot of change management and training and enables employees to be more productive and happier in their work.

But what about the concrete nature of goods received? Crown Melbourne in particular is located at the centre of a busy and congested city, and getting supplies in when they are needed without trucks backing up at the loading bay is a challenge, especially if for each item paper delivery notes have to be checked against orders and invoices.

Replacing that system with a modern warehouse management system (WMS) became imperative, so the company is currently implementing Peacocks WMS, a highly configurable system that  will significantly increase efficiency in delivery receipting and dispatch to the right end-user. It's a big change for the vendors, so they were called in to a forum in November 2017 to take them through the innovation and explain the new partnership opportunity it gives both sides. “It creates a lot of efficiencies for them too,” states Purss. “There's a new labelling system with 3D barcodes on all items, automatically scanned in on arrival, speeding up that process and immediately pushing that information into our ERP to go on to the payment system.

“We need to be very flexible and have a WMS that will fit every supplier from a multinational to a little local business. We needed to spend time to think through the problem of how to deliver a programme they can all use. But the system is scaleable. Our larger international suppliers can print their own labels in a way we can accept at the loading dock, while for smaller suppliers we provide a portal they can log into and find all the purchase order information and print labels locally from that order, at no cost to them.”

Peacocks WMS will be trialled from the end of February 2018 and will be fully implemented by the new financial year in July. This is a tight schedule that has called for close coordination between the Group Warehouse and Distribution Manager and the IT ERP team, which had to ensure smooth connection between the new systems via an API (application programming interface) and the PeopleSoft ERP system. Purss takes his hat off to vendors large and small who have put effort into understanding the system and pretesting the end to end process.

As the new PMS beds in, the benefits of Crown's existing inventory management system will come to the fore. Stocktaking will always have to have an element of manual input into checking the number of bottles of gin at a bar, for example, but it no longer involves closing down for the day as staff members tick off items on a paper record. Each month a stocktaking pack including a handheld PDA (personal digital assistant) is sent out to the sites and the inventory recorded in an hour, with the information sent to the ERP system. Managers have instant access to the stock at their site, and the procurement team always have the company wide figures available – just one member of Purss' team is able to coordinate the stocktake process at 50 different business units in Melbourne. There's better information, less room for error, and any anomalies are quickly seen, he says. “It is all tied into our POS system which depletes the inventory daily.”

Readers who saw the Business Chief report on Crown Resorts' environmental and sustainability performance will not need reminding about the company's record on CSR and green issues. However, it is worth noting the contributions of supply chain management. Some are simple, like the substitution of returnable and reusable crates for fruit and vegetable supplies.

“We take every opportunity we can to improve our footprint and our relationship with suppliers, reducing costs on both sides while being more environmentally friendly.” Purss also draws attention to Crown's Reconciliation Action Plan, which monitors its involvement with indigenous Australian businesses and encourages supplier partnerships with them. “We seek them out, and help them with a development plan,” Purss adds. “Many are small scale, niche businesses supplying seafood, herbs or fruit for example, but they are just as important as the multinationals we deal with. We help them to partner with a large concern like us and compete with bigger companies.” When dealing with larger concerns a full supplier profile is drawn up that covers compliance, energy use, emissions, waste policy and human rights among other things, and of course indigenous engagement. Despite the huge purchasing clout of a company with a multiple billion-dollar market capitalisation, it is a matter of pride for Crown that 90% of its spend is within the state in which each site is located.

Crown Resorts is a reliable company to do business with, Purss emphasises. 80% of transactions at Melbourne, and 70% at Perth where the system was introduced more recently, are completed through evaluated receipt settlement (ERS) matching. This is a paperless solution that automatically transmits a recipient-created tax invoice upon receipt of goods, and schedules payment. “Those vendors with an ERS agreement don't need to invoice us. A delivery automatically generates an invoice so we will provide an electronic invoice to the vendor. Once they receive their payment they will get a remittance advice.” This is just another example of an innovative, end-to-end business process that cuts out paperwork, making the transaction easier and more transparent for both parties. 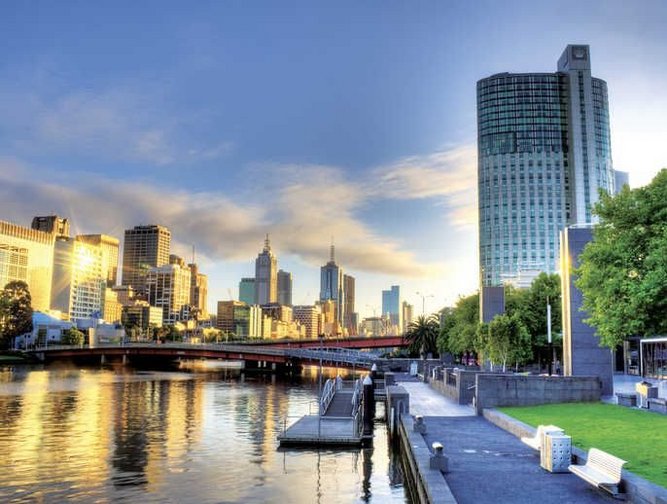