With 3,934km between Perth and Sydney, transporting cargo across Australia is no mean feat.

Since 1974, SCT Group has been providing an alternative logistics solution where options were previously few, and has grown to be the most efficient independent freight service in the country. Providing rail and road services hauling dry freight, refrigerated and bulk cargo, the business prides itself on openness and transparency. It is also a company that, despite its substantial size and reach, cares about every single customer from the smallest business on its books to world-renowned retailers like Aldi and Woolworths.

Founded by Peter Smith, SCT is still very much a family affair, with Peter’s sons Geoff and Glenn on the board of directors and the founder himself maintaining a keen eye on operations as chairman. In 2015, the Smiths were joined by Sean Atchinson, a CIO determined to bring technology to the fore and make digitisation instrumental in fulfilling SCT’s aim to provide open, transparent and efficient service across Australia.

“Our growth has been achieved through a very focused approach to the business. In addition, more recently there are only two major players in the rail freight space: Pacific National and SCT,” Atchinson explains, praising Smith’s initial foresight in challenging the status quo of the nationalised rail industry. SCT now provides logistics services across the country and has a number of inland ports serviced next to mainline freight railways. In the past two years, SCT has opened two new inland ports: at Bromelton, Queensland and Wodonga, Victoria.

“We are predominately one of the largest freight movers East-West, from Sydney all the way to Perth, transporting freight that contains white goods, as well as foodstuffs from dry all the way down to -24 degrees.” SCT moves all this and more across the length and breadth of Australia with a commitment to making logistics faster, easier and more efficient.

From previously having a focus on road line haul that required two drivers to move it across the country, the business can now move a 1.8km train hauling 5,500 tonnes of freight across Australia in three days, all in one journey. In addition, the 300m-long Bromelton warehouse allows a train to run straight through it with no shunting required, so containers can be removed and wagons unloaded as smoothly as possible.

“In the three-and-a-half years I’ve been with the company, there’s been so much growth,” Atchinson reflects. However, it hasn’t all been smooth sailing. Atchinson joined the company six months after it had gone live with its new SAP environment – a vital digital solution for many businesses, but one which SCT needed the CIO’s help to implement properly. “They were actually talking about getting rid of it: they’d had a very tough go-live and were relying on consultants to support the business for a number of months post go-live. There were major issues throughout the systemic processing of customers’ orders to invoicing.”

Despite these teething issues, Atchinson had worked with SAP solutions throughout his career and wasn’t willing to give up on the world-renowned ERP platform just yet. “The transformation could have gone belly up, but working with some key support organisations, as well as staff and executives right up to Peter Smith, we’ve kept SAP and turned the whole environment around.”

Fast forward to today, and proper, collaborative development of the platform is actually saving the firm money. “That journey of transformation through a technology platform is now starting to pay dividends to the business, and year-on-year, I’m successfully taking costs out of the IT business.” Far from cutting corners or laying off staff, these savings have been made simply by changing the way SCT operates.

“We’ve in-sourced our support rather that outsourcing,” Atchinson explains. “We’ve also renegotiated with core partners and gone into new commercial contracts which have allowed us to save money by utilising the technology better than we previously have. For a CIO, it’s a rare opportunity to come in where something’s failing and be able to turn it around.”

Through Atchinson’s work and senior leadership support, technology has been successfully brought to the fore of SCT and is embraced as a driver – almost literally – of the logistics giant’s growth. “We’ve recently introduced new technology in all of our trucks which allows us to do electronic work diaries for our drivers and fatigue management. Drivers can now control their breaks without having to go through the paperwork.” In addition, technology is used to allow trucks and deliveries to be tracked more effectively and SCT is looking to move electronic delivery and pickup management onto a new platform which will integrate better into cabs and carry all the information necessary for a fleet, using a single SIM card per vehicle. “The ability to have a single SIM that controls the phone, telematics and tablets in our trucks will have paid for itself within three years just through telco savings,” Atchinson enthuses.

As well as making life easier for staff, a customer reporting platform has been introduced to bolster SCT’s commitment to service. “We’ve rolled out a customer reporting portal which allows our customers to track all the movements of their freight. We notify them when we’re going to pick up and they can see it online in a report to the time that it has been delivered, as well as being provided with proof of delivery.” Atchinson explains that all this is done in almost real time – or around four seconds behind our core platform.

Now, looking to trade electronically with national customers in the B2B space, SCT is also developing a B2B template based on GS1 – the global developer of business standards for communication such as barcoding. “We’ve worked very closely with GS1 and also our members within that environment.”

One of the most important things to ask of any digital transformation is what it will mean for the customers involved. “It’s tracking; it’s all of their history; it’s transparency of data,” says Atchinson. “It’s there at their fingertips, allowing our account executives and customers to talk in exactly the same language. We’re looking at exactly the same pieces of information.”

A common worry related to automation is that the human touch will be lost but Atchinson is keen to point out that this won’t be the case for SCT. “We haven’t removed the account execs. The customer can do self-service and still have face-to-face contact. SCT prides itself on this. This relationship is absolutely key for Peter – that’s how he built the business and that mentality still exists today. We still have that very personal approach, but technology is an enabler to allow transparency between customers, account execs and account managers.”

In terms of finding the right digital solution to help SCT grow, transparency with both staff and vendors is key. “We run roundtables regularly,” says Atchinson. “It’s very consultative. I work with all staff – if we’re rolling out a new technology, we’re on the warehouse floor with them. We understand what they’re doing, how they’re using it and what they need to use it for. Feedback from those at the forefront of what has been rolled out is critical to any success that a technology platform provides to the business.”

In the coming years, growth at SCT is set to take many forms across its divisions from property and rail to solution enablement. “We’re looking to remove a lot of the manual steps and provide technology that supports growth and supports a mission with our customers to provide further transparency on their end-to-end moving of freight. My focuses right now are expanding IoT across our transportation methods – movement into cloud is key. As we grow, our technology platform will allow us to upscale, pretty seamlessly, our hardware.”

It’s clear that even throughout Atchinson’s own journey at SCT Group, technology has gone from being an add-on (and indeed at times a headache) to an integral driver of growth and service excellence for the company. “Now, if I speak to the board it’s about what we’re going to do next. It’s about looking forward,” he concludes. We want to build on what we’ve got. We’ve got sustainability, we’ve got performance, we are enabling our business.

“The conversation has completely changed. It’s not about ‘time to throw it out’, it’s about ‘we want to do this with our business’.” 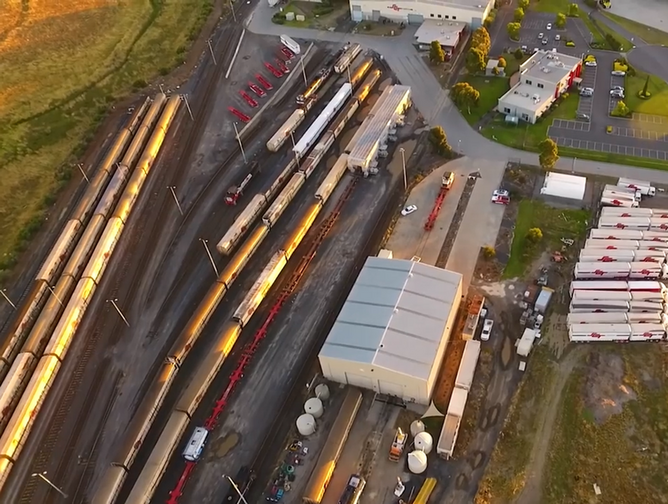 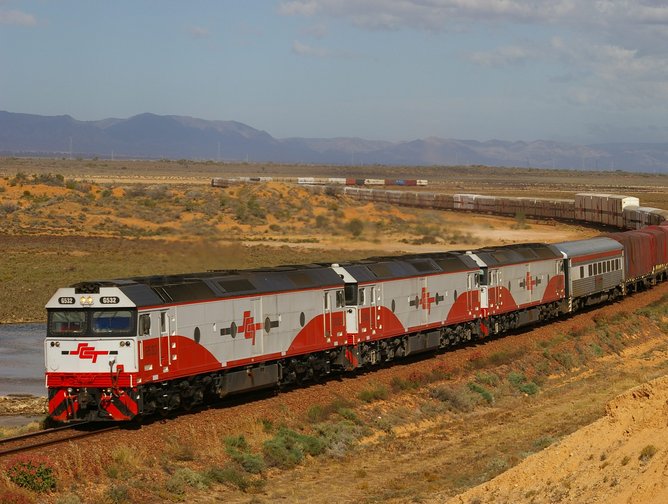 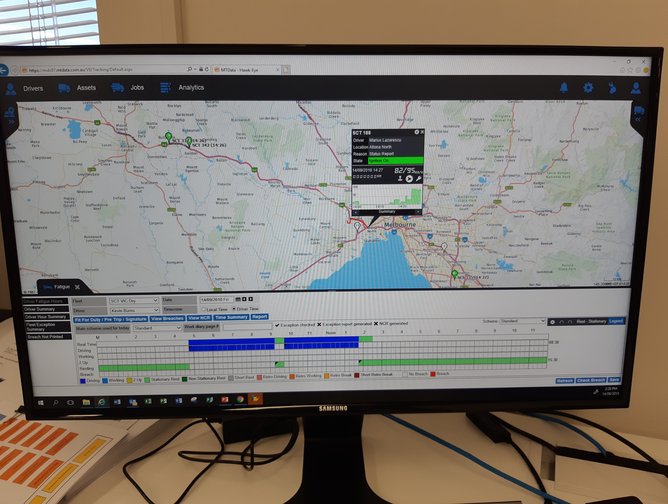 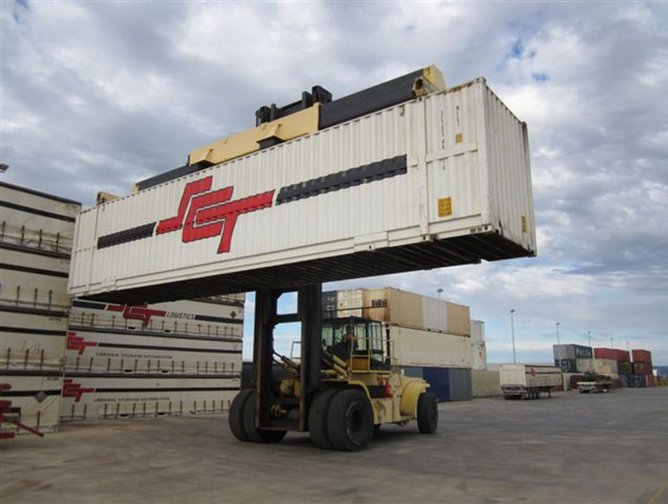 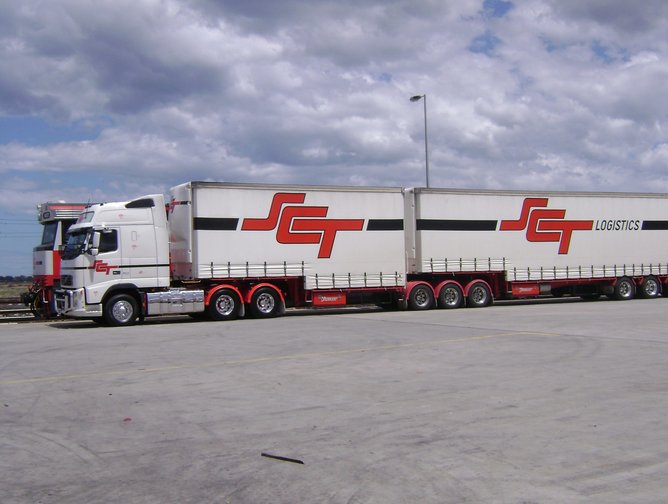