Companies worldwide are finding that manoeuvring towards sustainability driven operations is not only boosting profits but is also enriching the lives of communities along their supply chains and mitigating their impact on the environment. One such firm to experience this is Anheuser-Busch InBev (AB InBev), the largest beer manufacturer in the world, which has accelerated its historic commitment to sustainability with its ambitious 2025 Sustainability Goals. Broken down into four pillars – Smart Agriculture, Water Stewardship, Circular Packaging and Climate Action – the sustainability drive is seeing a revolution of AB InBev’s supply chain operations. Matthew Frost, Global VP Raw Materials Procurement and Sustainability, is passionate about the multifarious, intersectional benefits of this transformative initiative, and firmly believes that strong sustainability practices are intrinsically linked with improved business operations and innovation. “I think the organisation as a whole is learning more and more that sustainability really is our business now,” he says.

Frost notes that, from a commercial perspective, the gradual shift in consumer interests means that this initiative is not only driven by a sense of responsibility, but is also simply good business sense. “Consumers are very much aligned to the message of sustainability, so we find that consumers are seeking out products from companies which are doing something to positively influence the planet through their supply chains. More and more, that’s actually helping us to sell beer,” he adds. “The past two sets of sustainability goals were certainly achieved, but they weren’t as far reaching as our new 2025 ones. They’re helping us to drive growth in the business, innovation, supply security and cost reduction. The more we get into it, the more we realise how beneficial it is for the business overall.”

AB InBev aims to ensure that 100% of its direct farmers, from which the firm directly sources 3mn tonnes of barley each year, are skill connected and financially empowered by 2025. Frost notes that this means different things in different territories across the supply chain, highlighting the fact that the skills of its farmers in the US are largely well-established, efficient, and less likely to benefit from AB InBev’s direct input. The biggest impact to be made is with its smallholder farmers in less affluent countries and regions. “When it comes to farmers growing cassava in Mozambique, for example, these are smallholders, family operations, so they benefit much more from having training and direct access to agronomical advice on how to grow crops more effectively.”

As one of the largest users of malting barley worldwide, AB InBev has established its own Barley Research Centre in Fort Collins, Colorado, to ensure that barley remains a competitive crop for their farmers to grow. “We are constantly working on breeding new varieties of barley that are more disease-resistant, capable of surviving droughts and flooding, and able to produce more in the field depending on the climatic and soil conditions. Therefore, they are able to yield more,” explains Frost. “All of this makes barley less risky for our farmers to plant, whether they’re in the Ugandan highlands or in Argentina with a fully automated farm.” The unifying element between its farmers, whether they are smallholders or large agricultural cooperatives, is the digital platforms that AB InBev provides. These platforms enable the company’s goal of financially empowering its farmers, with one example being a blockchain-enabled platform deployed in developing countries such as Uganda and Zambia. “Blockchain gives smallholders a digital identity, making them credit-worthy and bankable,” says Frost. “They can then take out loans, grow their business and become more successful. With farmers in more developed countries, like the US or Argentina, AB InBev’s focus is on providing cost effective crop insurance and facilitating access to credit.”

In addition to ensuring that clean water is available to communities surrounding its breweries, AB InBev is working to create long-standing change in water consumption across its supply chain. “A lot of manufacturers look at their water consumption in their manufacturing processes and attempt to drive it down. We’ve got ours down to a low level already, but that’s kind of the wrong focus,” Frost says, adding that 37 of AB InBev’s breweries around the world are located in high water stress areas and, with the increasing impact of climate change, it is expected that this will rise to 50 by 2030. “Saving a few gallons of water in our breweries isn’t going to change the world,” he says. “We have to get stuck into managing the watersheds in those areas in a literal sense.” In different countries, water rights vary not only in entitlement but delivery, limiting the efficiency with which farmers can make use of their water.

In the Bajío region of Mexico, farmers have the right to a certain volume of water for irrigation. When the opportunity to have it arises, they must take all of it at once or risk having their entitlement cut. “Because of this, they use what we call flood irrigation, which is very costly and inefficient. You saturate the place with water and only so much of it is used by crops while the rest is wasted,” explains Frost. The challenge here is that, while AB InBev can advise on the best time and volume with which to irrigate crops, the water regulations throw up a barrier to optimising the process. “This is an area where we’re getting involved by emphasising the issue, demonstrating what can be done to resolve it, and trying to use our corporate affairs muscle to get things to change for the common good.”

As part of its Circular Packaging pillar, AB InBev has set the target of ensuring that by 2025 100% of its packaging will be either returnable or made from majority recycled materials. Drinks bottles have traditionally had the propensity for being single use, and AB InBev has been working tirelessly to both enable and incentivise recycling of its bottles. “We use returnable bottles in a lot of our geographies – our returnable bottle fleet, as we call it,” says Frost. “This is by far the most sustainable packaging; you just send the bottle back to us. In some countries, we can get 40 turns out of that returnable bottle. There are some costs associated with transporting the empty bottles back and cleaning them so they can be reused but, ultimately, that’s massively outweighed by the fact you’re not remanufacturing those bottles 40 times over.”

In markets where there is less of a social impetus to recycle, AB InBev deploys ‘one-way glass’ that it anticipates will be smashed or otherwise damaged, aiming to reclaim as much of this glass as possible for remanufacturing. These efforts are mirrored by its commitment to recycling aluminium and PET, with AB InBev setting targets for its third-party suppliers to increase their use of recycled materials alongside the optimisation of recycling at its own vertical plants. Its endeavours in this area are given a boost by shifting moods on a generational level. “We are finding that young, legal drinking age adults are becoming ever more aware of the environmental impact of manufacturing and the products they consume,” notes Frost. “People are more attuned to it, and we’re definitely trying to push that agenda and continuously explain why returnable bottles are the better option.”

All of these factors tie into the overall mitigation of AB InBev’s environmental impact. They are joined, however, by another significant commitment: ensuring that the company’s energy consumption is 100% renewable by 2025. This aim goes deeper than simply purchasing green energy contracts, however, as AB InBev has invested in purchase power agreements (PPAs) that generate additional renewable electricity for the local grid. “Because the unit cost of wind and solar power has been coming down substantially in the past few years, we have found that every deal we do leads to a guaranteed lower cost of power versus grid-available in each of our locations,” Frost explains. “It’s really a win-win-win: a win for us, a win for the environment, and a win for the local grid.” In addition, the company’s Climate Action pledge includes a commitment to reduce carbon emissions across its value chain by 25%. To tackle this, AB InBev worked with a carbon disclosure project in 2017 to set a baseline for its supply bases’ CO2 emissions and subsequently set goals for those suppliers to cut their emissions.

Frost adds that realisation of its ambitious goals across each of AB InBev’s pillars has been driven in part by its sustainability accelerator, set up to define the challenges the supply chain transformation poses in relation to those goals and inviting startups to solve them. “We gave those startups some additional seed capital and inserted them along our supply chain, enabling them to grow faster by working directly with the people in it,” says Frost, citing its blockchain platform as an example of the success the accelerator has produced. “That’s been extremely successful, so we have a number of startups which are growing very quickly as a result of having that involvement in our supply chain.” 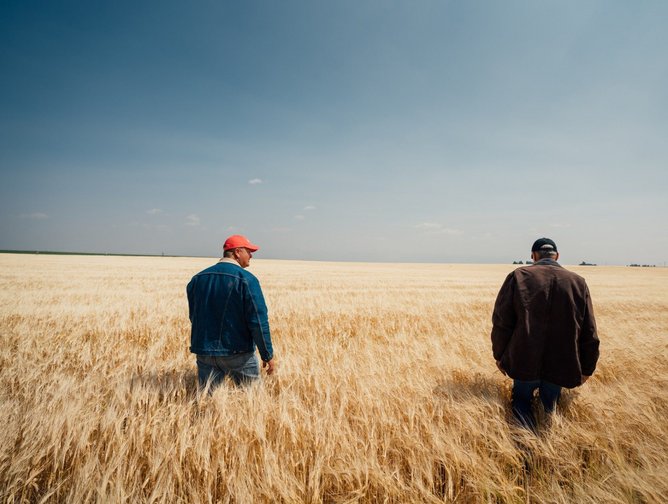 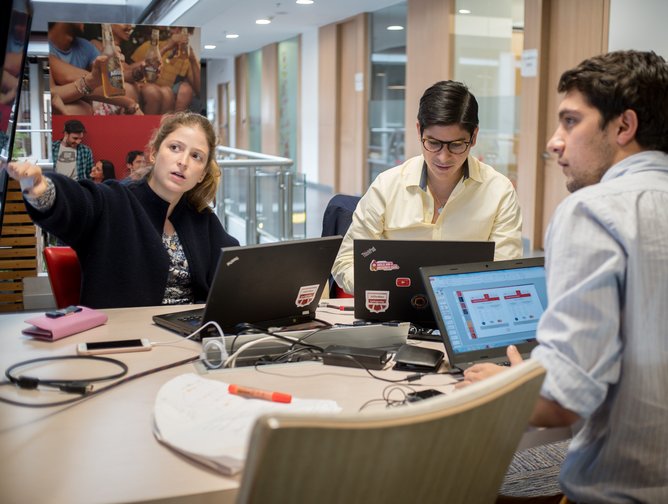 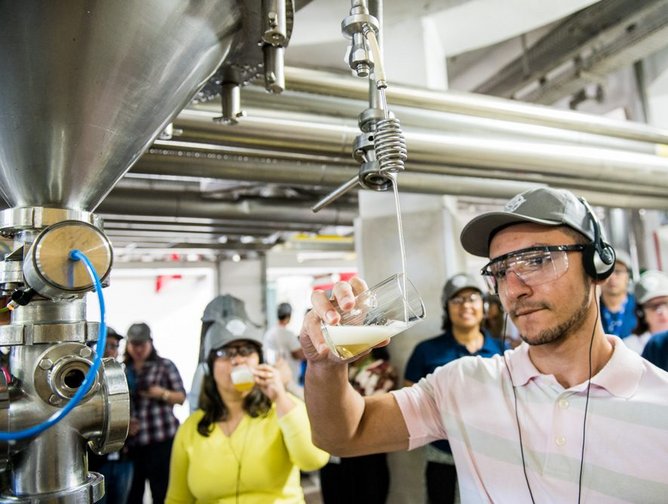 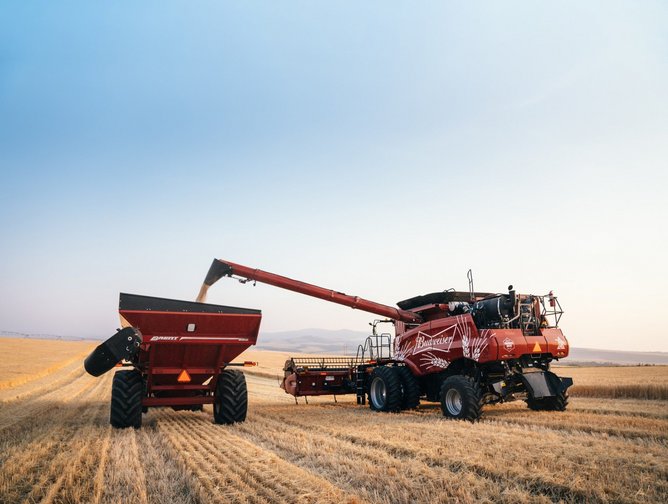